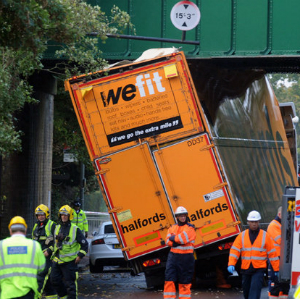 All lorry drivers who use satnavs should be compelled to use commercial models say councils – following a fresh catalogue of chaos on the nation’s roads.

The Local Government Association (LGA), which represents more than 370 councils in England and Wales, says that while the majority of lorry drivers are reputable and responsible, a minority cut corners by using cheaper satnavs designed for cars.

Villages and rural communities across the country have been blighted by a recent spate of lorry smashes – the damage cost thousands not just in repairing bridges and walls but can cost fleets too in replacing/repairing the vehicles and potential driver injuries too.

Lorry satnavs are like normal car satnavs, but they include bridge heights, narrow roads, and roads unsuitable for trucks. In addition, they allow the driver to enter the lorry’s dimensions – height, width, weight and load – so they are only guided along suitable roads. 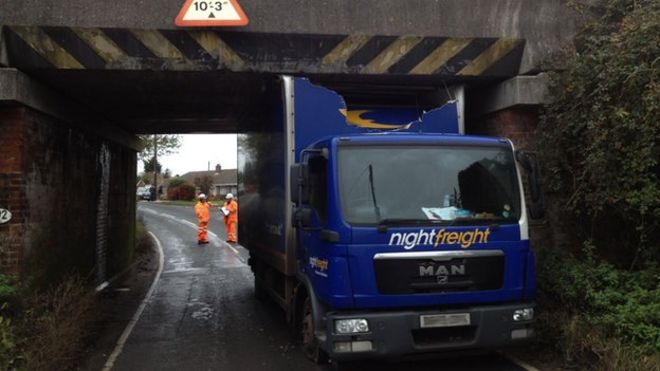 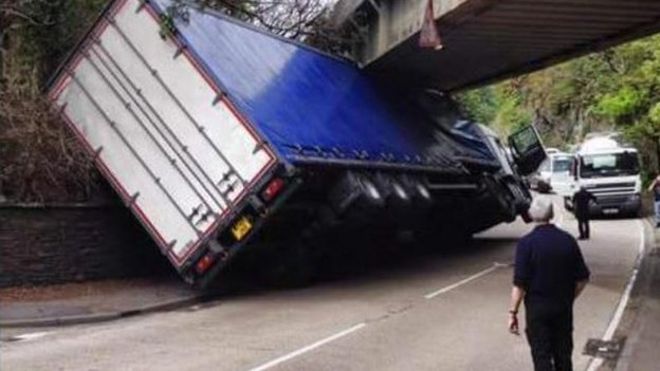 The LGA wants councils to also be able to fine lorry drivers who flout weight restrictions. Lorries of a certain weight or width are banned from many minor roads so the Government has handed powers under the Traffic Management Act (2004) to local authorities in Wales, and London (under different legislation) to manage the enforcement and fines.

The money collected from the fines could be used towards tackling the national pothole backlog – which could reach £14 billion in two years.

“There has been a spate of recent accidents involving lorry drivers driving irresponsibly and causing chaos. The Government must start taking this issue more seriously and give councils the legislative tools to help their communities and other motorists.

“It is common sense that all lorry drivers should use satnavs designed for trucks, but this is only going to become a reality when it is a mandatory requirement. We are talking about a very small extra cost to drivers.

“Lorry drivers who get wedged in narrow roads or under bridges not only endanger themselves, other road users and pedestrians, but also cause massive disruption. This has a significant impact on local economies, particularly in rural areas.

“We would stress that most lorry drivers are reputable and drive responsibly. These powers would be targeted at the minority who do not follow the law. This is also about protecting the drivers’ safety as well as the safety of residents and other road users.”

The Trucker sat nav from TomTom is designed to stop lorries, trucks and vans getting wedged down narrow country lanes – by diverting them away from unsuitable roads.

Prices start from ￡289.99 for the TomTom Trucker 5000 with a five inch screen. A larger six inch version, the Trucker 6000, is available priced ￡339.99 from Halfords.  It can quickly be adapted for normal car use once the driver has stepped down from his cab.

Through award-winning TomTom Traffic and advanced routing technology, truckers get a realistic ETA based on vehicle profile and real-time traffic information. These maps can also be updated, free of charge, 4 times a year to ensure they are always upto date.