The Ray, an 18-mile stretch of highway on Interstate 85 between Georgia-Alabama, received the $26,000 gift as part of a three-year deal to host UK-based WheelRight’s drive-over tyre pressure monitoring service.

Representing KMMG’s commitment to safety, the donation to the potentially life-saving project was made as part of Giving Tuesday – a day of charitable donations which follows the Thanksgiving holiday in the US.

The project comes at an important time for Georgia, with the number of fatalities on its highways on the increase. In 2016, Georgia had a total of 1,521 fatalities on its highways – an increase of 90 year-on-year. According to the National Highways Transportation Safety Administration, tyre blowouts are a primary cause of road-deaths in the US, with 41 fatalities linked to inadequate tyre pressure each year*. Taking a look at the scale of under-inflation on US roads at a national scale, approximately one in four automobiles and one in three LCVs has at least one tyre under-inflated below the recommended level.

Since the installation of WheelRight’s system at The Ray in December 2016, more than 2,500 drivers have had their tyre pressures and tread depth checked for free. John Catling, executive chairman of WheelRight, commented: “The recent financial backing of The Ray by KMMG is testament to the business’ commitment to shoring up safety across America’s roads. In the first 12 months of our installation at The Ray, we’ve had chance to deliver immediate results for drivers who use the system. We can ensure that road users are driving a safer vehicle, and that potentially rogue tyres can be spotted and dealt with before they become a serious hazard.”

The continued installation of WheelRight’s innovative technology is the second major financial investment made by Kia Motors America (KMA) and KMMG to support the cutting-edge technologies installed on The Ray. In 2015, KMA financed the installation of the region’s first solar powered electric charging station, called PV4EV. 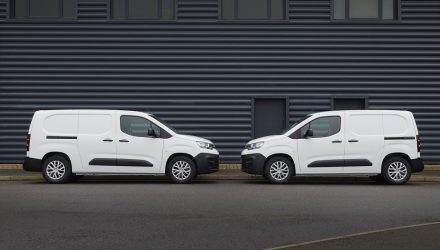 Yesterday, Thursday 20 January 2022, marked the commercial launch of the all-electric Citroën ë-Berlingo Van, a vehicle set to shake up the compact electric van segment in

The HMRC Research and Development Tax Scheme was created