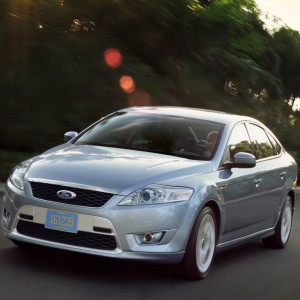 Ford will introduce 25 new additions or replacements in Europe over the next five years instead of the 15 originally planned, it has been announced.

Ford have been racking up £1billion-a-year losses in Europe during the recession as the brand battle over-capacity in their plants.

However, Mr Odell claims accelerating investment in product and technology is the way forward.

“The plan was not about surviving – it was about growing the business profitably,” he said.

“We have just had ten straight months of retail growth and we are on track to return to profitability by 2015.

“We see modest growth in Europe next year and a market that could increase by 20% over the next five years.”

The product offensive will begin with the arrival of a small SUV, the EcoSport, within a matter of weeks, with Mondeo and Mondeo Estate arriving next year.

In 2015 there will be a new Ka and two models from America offered in Europe for the first time – the Edge, a large SUV, and the Mustang.

Ford have also promised to expand their ST range of high-performance cars.

New commercial vehicles will include an expansion of the Transit range with the Courier and two-tonne versions, both in 2014.