The Government is being urged to reveal benefit-in-kind (BIK) tax rates beyond 2024/25, with fleets wary they could face a substantial hike in an effort to claw back lost revenue. Renewing its call for BIK rates for electric vehicles (EVs) to be available through to the end of the decade, the Association of Fleet Professionals (AFP) says businesses and employees now entering into a four-year cycle have no indication of what the rates will be for 2025/26. 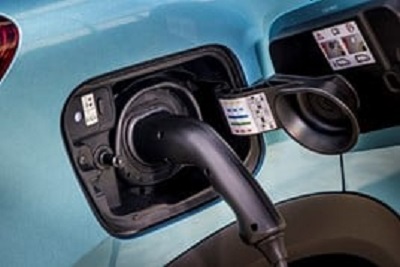 AFP chairman Paul Hollick says the AFP had been hoping to see further information on future company car tax rates from the Government’s transport decarbonisation planbut had been “frustrated” by the lack of detail.

The Government has committed to keeping BIK tax rates low for company cars but only until March 2025. The pledge was included in its roadmap to ending the sale of new diesel cars and vans by 2030 and hybrid cars and vans by 2035. The report, Transitioning to Zero Emission Cars and Vans: 2035 delivery plan, also includes a commitment to keep the plug-in car and van grant to at least 2022/23.

Zero emission cars are also exempt from vehicle excise duty (VED) until at least March 2025.Hollick said: “We’ve been banging the drum about this for some time, that to make the Government’s 2030 electrification deadline workable, we need to have corresponding benefit-in-kind tables in order to strategize effectively.“Many fleets, including AFP members, have long-term plans in place predicated on meeting that date but it is clear we need a stable and predictable taxation environment in order to do so.”

The AFP says it is realistic about the future of BIK rates, recognising that those applied to EVs would probably have been increased at some point in time, but it wants to see this done in a transparent and graduated manner.

“As EVs become the dominant power in company cars, which we expect to happen around the middle of this decade, the Government could reasonably move to reduce the incentives attached to them or look to other sources of taxation in order to maintain revenue,” continued Hollick. “That makes sense but it needs to be done in a planned and responsible manner.”

Right now, Hollick says that many drivers are returning to company cars and choosing an EV, or taking one through salary sacrifice, in large part because of the minimal taxation they pay.“This benefits them financially but also helps the Government decarbonise road transport,” he explained. “It is an incentive-and-result approach that is built on trust.“What we very much want to avoid is a potential situation where the Treasury of the time suddenly realise that the company car parc is perhaps 60% EV at some point in the mid-late 2020s and push up benefit-in-kind substantially.

“That would be unfair on individual drivers, we believe, and also threaten the responsible, committed long-term electrification plans that many, many fleets are pursuing, including our members.”

The AFP believes that the current, four-year cycle issue is the leading edge of a potential problem that is only going to get bigger. “We would like to repeat our request to the Government to look at this issue in the short-term,” said Hollick. “Introducing benefit-in-kind tables up to 2030 would probably be the single best thing, no-cost action that they could undertake to aid EV take-up by fleets.”