Whopping £30MILLION of council parking fines dished out EVERY MONTH 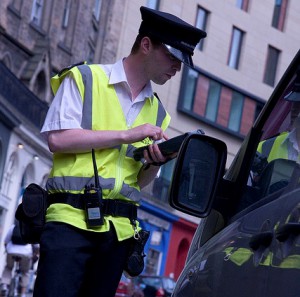 BUMPER: £30million of fines every month

Cash-strapped British motorists are being forced to shell out £30MILLION in parking fines EVERY MONTH.

According to a Freedom of Information request by LV= car insurance, around 900,000 monthly parking tickets are issued by councils – a 4% increase from 2012.

The sum means that every hour, around 1,200 parking tickets are dished out nationwide, at an average cost of £42 per ticket.

Weekend shoppers are among the worst hit, with the number of parking tickets issued on Sunday rising by a whopping 13% this year.

John O’Roarke, Managing Director of LV=, said: “Parking rules vary in each council area and it is easy to get caught out when you don’t know the restrictions.

“Getting a ticket can be very expensive and often take months to reverse.

“Parking on a Sunday is becoming increasingly difficult and it’s easy to get caught out if you don’t know the local rules.

“If in doubt, check the sign explaining the parking restrictions and if you are still unsure try to park somewhere else.”

So far this year, the busiest parking wardens have been in the City of Westminster, handing out an average of 1,269 parking fines every day.

Outside of London, Birmingham City Council came next, handing out 339 a day, and Bristol City Council the next busiest, issuing 271 per day.

At the other end of the scale, motorists in the Moray Council area received the fewest parking tickets, averaging less than one ticket a day – 113 in just six months.

Parking rules differ in each council area and can be confusing for drivers, according to research by LV=.

In a survey among 2,000 motorists, 40% presume the same parking rules apply everywhere.

For example, 20% drivers believe you can park anywhere on a bank holiday but in fact the rules differ from council to council.

Likewise, 23% believe it is legal and free to park on a single yellow line anywhere on a Sunday, yet this is only the case in around 20% of council areas.

Of those drivers who were ticketed over the past five years, 27% were unaware they were parking illegally as they presumed it was legal to park on a single yellow line anywhere.

The main reasons drivers receive tickets are staying too long (28%), leaving their car somewhere they thought they would not need a ticket (25%) or forgetting to display a ticket (6%).

A common complaint among motorists is that signs explaining the parking restrictions are often difficult to locate (11%), difficult to understand (9%) and the road markings are often confusing (8%).

The Freight Transport Association (FTA), who have long been working with members to manage penalty charge notices (PCN), said they were not surprised at the findings.

FTA’s own PCN Survey revealed a 50% leap in the number of penalty charge notices (PCNs) being issued in London.

This has led the FTA to call on their members to train their drivers in identifying PCN hotspots.

Natalie Chapman, Head of Policy for London at the FTA, said: “FTA is working with its members to help them better manage their PCNs through identifying hotspots and improving driver training.

“A well-targeted and intelligent approach to appealing unfair PCNs could save some companies hundreds of thousands of pounds a year.

“However, in some locations there is simply nowhere for drivers to stop to make deliveries, therefore commercial vehicle operators have grown smarter when dealing with the problems of making deliveries in the unfriendly roadside environment of central London.

“The findings of the FTA survey suggest that there is a need for them to improve their understanding of how certain parking restrictions apply.”

Image courtesy of craigcampbell, with thanks.