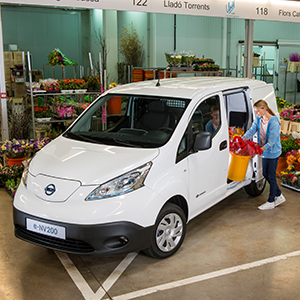 Universal acceptance for alternatively-fuelled vans may reach a tipping point later this year, Manheim have claimed.

The used wholesale market has so far struggled to warm to such technology, but James Davis, Head of Commercial Vehicles at Manheim, believes 2014 could see that change.

“Despite all of the media coverage we’ve seen for full eVans, the market for these used vehicles is still in its infancy,” said Mr Davis.

“These vans were expensive to buy new and were often funded from major PLC marketing budgets to satisfy their ‘green’ agendas.

“In the used market, a buyer has to justify their price premium versus tried, tested and trusted heavy oil technology; without the budget or turnover of the original PLC owner.

“Diesel will win the day for a long time yet, until LCV running costs and taxes are more closely linked to emissions.

“Traders are still nervous about potential longevity of full electric vans, specifically differing van ownership and battery lease agreement combinations, which have not yet instilled confidence in the used market.

“This issue, along with uncertainty regarding battery life and their replacement costs, create an unclear long-term picture for used eVans.

That said, the few examples we have sold at auction have exceeded the book values achieved by their identical diesel cousins, solely because of their rarity value and the fact that some dealers focus on offering something different.

“During a Hitachi Capital Commercial Vehicles auction at Manheim Haydock in late 2013, two vans – both hybrid conversions – were fought over both in the hall and online, by franchise and non-franchise buyers alike.

“In our view, LPG is all but extinct among mainstream fleets.

“Operation, tank size and its position in the payload area, coupled with a fragmented refuelling network infrastructure, conspire against the technology.

“Looking ahead, the official launch of Nissan’s e-NV200 in June 2014 will be a major landmark in the eVan market.

“A volume fleet order, most likely from one of the PLC fleets currently on trial, will surely launch used electric OEM vans as a real alternative to fossil fuels, with a viable dealer and charging network to follow.

“2014 will likely be seen as a tipping point for eVans as the new market volumes grow, so the firm foundations will be laid for the used vehicle marketplace.

“Manheim is committed to develop and nurture the second life buyer base, supporting dealers prepared to stock something different and service new pockets of demand from specific users who embrace the potential cost savings of eVans.”