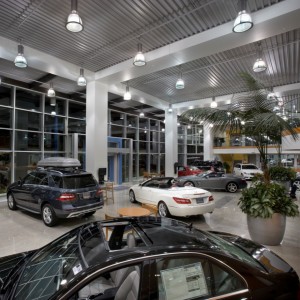 After many years working at the sharp-end of the car finance and leasing industry, I have seen some really misleading advertising moves.

And yes, whilst you would think that people would check before they sign their life away, you would be surprised how many don’t.

Especially where leasing deals are concerned, the first payment should always be referred to as an Initial Payment.

After all, the word ‘deposit’ does tend to indicate that you get it back (which you don’t, of course).

Advertising figures excluding VAT when it is a personal deal; all personal contract deal figures should be displayed to include the VAT in advertisements.

At the very least, if it is only possible to display a VAT exclusive figure, then this should be made clear.

Payment profiles these days are usually what we call ‘spread’ profiles; in layman’s terms, this means that the payments are ‘spread’ across the term and the initial payment is usually made up of a number of monthly payment amounts (i.e. 3, 6 or sometimes even 9) plus the documentation fee (if there is one).

One of the main things to look out for in any advert is the payment profile itself, as well as the initial payment.

Strange initial payment amounts also often appear – by displaying a higher-than-monthly multiple as the first payment, it is very easy to tweak the advertised leasing figure in a lower direction.

This makes it very difficult to compare at a glance and often goes undetected.

I have seen some irregular payment terms like 49months, for example, that are very often not noticed.

This results in a lower monthly payment which, of course, makes for a better advert.

Advertising stock vehicles (that aren’t there)

Advertising vehicles in stock when they are not; usually, this is only apparent after the deal has been done.

Customers are assured by the salespeople verbally that the cars are available and may even be given a ‘ghost’ specification – the best way to check is ask for verification from their supplying main dealer if you are in any doubt.

Industry standard leasing advertising tends to work on the 10k per annum mileage example; there are increasing numbers of leasing companies who are advertising 8k per annum and not making it at all clear.

Documentation fees are still a grey area; many people won’t even know that their ‘deal’ was subject to one until they get their vehicle documentation.

It is very usual for a company to charge a document fee (after all, everyone has to make their money somehow – think: Insurance Brokers. Some finance companies charge one too).

However, it is not acceptable not to be told about it before you sign.

Some companies will deliberately advertise a deal that is very similar to everyone else’s but they will not advertise it in the same way; this is most often done on comparison sites.

After all, if a deal looks the cheapest on face value, it will usually be clicked on first and investigated afterwards (if at all).

The worst practice, in my mind, is deliberately (and knowingly) advertising a lower figure than can possibly be achieved and not even trying to disguise it by messing about with the profile, contract mileage or deposit.

This is actually so well known in our industry it has a name – Upselling.

It relies on the deal being signed, car being ordered and the company contacting the customer near to delivery to make up a story about how the deal has gone up.

Unfortunately, the only way that you can protect yourself from this is by dealing with a reputable company in the first place.

The last thing you want is your new car turning up and the documents coming through at a much higher price than you were initially quoted.

Personally, I think it’s a real shame that any sort of deliberate misadvertising is even necessary.

What was a rarity back in the day is now, sadly, more of a regular occurrence.

This is obviously mainly due to the sheer market saturation and of course, lack of regulation that allows this to happen in the first place.

They would also never have predicted the virtual demise of the ‘terminal pause’ rental (a profile with two payments left free at the end of the contract term – companies often used to use it to ‘save’ their first two rentals ready for their next contract three payment in advance).

If you, the consumer, remain vigilant then hopefully, the practices I have outlined above will become extinct.

As it stands at the moment, spreading the word and raising awareness are the only things that will – hopefully – eventually squeeze the unscrupulous brokers and agents out of business.

It has never been so important to choose who you deal with wisely.

Image courtesy of mercedes818, with thanks.