A study of 2,000 UK adults found that more than half of consumers (57 per cent) don’t know what a Clean Air or Ultra-Low Emission Zone actually is.

The research discovered that almost eight in 10 (79 per cent) are also unaware whether their vehicle will be exempt from charges designed to encourage drivers to opt for more environmentally-friendly transport methods. 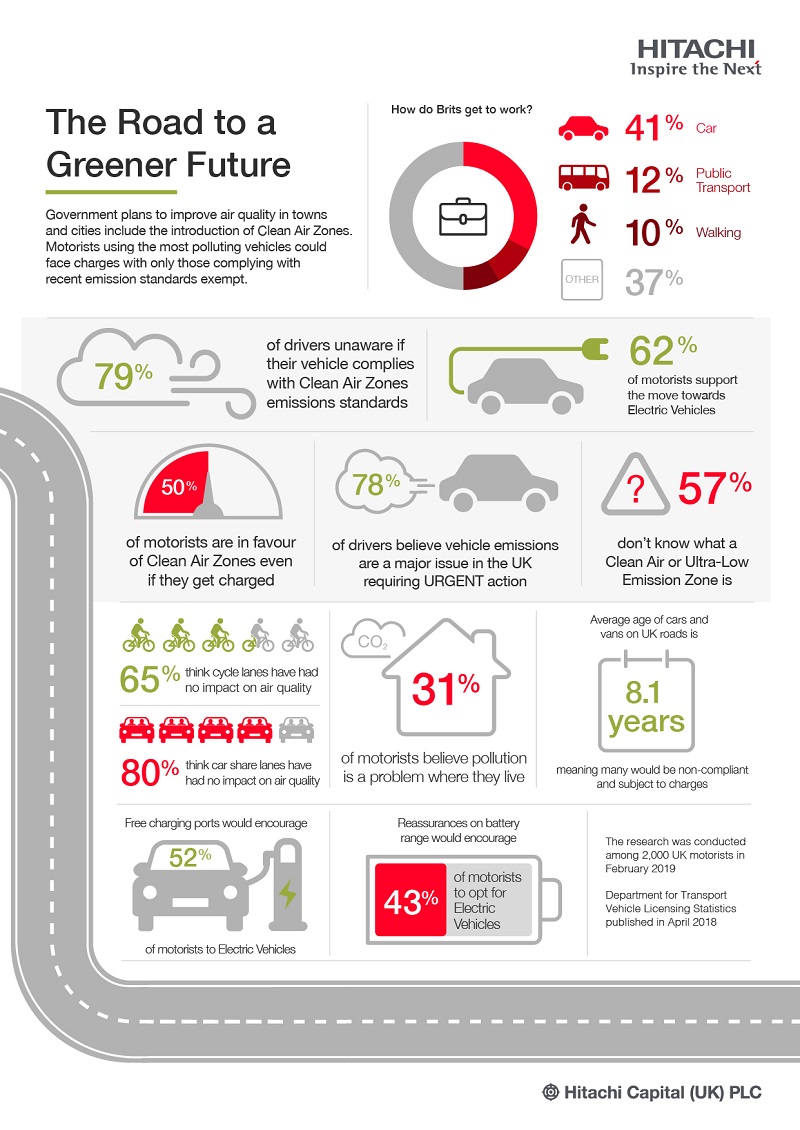 Currently, planned requirements will apply to most diesel cars registered before September 2015, and petrol vehicles registered before January 2006. With an estimated 37.7 million licensed vehicles on the road, at an average age of eight years old, the cost implications of CAZs to consumers and businesses could be huge.

However, amongst those aware of what Clean Air Zones are, support is high for the introduction of the scheme. Half of motorists (50 per cent) approve of the zones being introduced, even if they will be charged to enter, and a third of people (33 per cent) think it would be ‘fair’ if companies pass the additional costs on to customers.

Jon Lawes, Managing Director for Hitachi Capital Vehicle Solutions, said: “Despite the potential dent to our wallets, our research shows significant support for charging schemes that tackle pollution in our major towns and cities.

“It’s clear those polled believe something needs to be done – and fast. However, confusion exists amongst drivers as to whether their vehicle meets the required emissions standards to avoid these charges.

“Considering the average age of cars and vans on our roads is over eight years, vast numbers of diesel drivers in particular may be unaware they could be driving vehicles that would incur charges under the emission standards requirements.”

The Clean Air Zones scheme is part of the Government’s Air Quality Plan, which aims to reduce pollution and make the air cleaner throughout the UK.  Major urban areas including Birmingham and Leeds are due to introduce the zones in 2020.

In London, mayor Sadiq Khan has also been vocal in his support for an Ultra-Low Emission Zone, which, from April 8 this year, will start to see higher polluting vehicles charged £12.50 a day for use in the capital.