Oxford City Council has taken delivery of its first electric vehicles (EVs) as part of Energy Superhub Oxford (ESO), a world-first project showcasing an integrated approach to decarbonising power, heat and transport across the city. 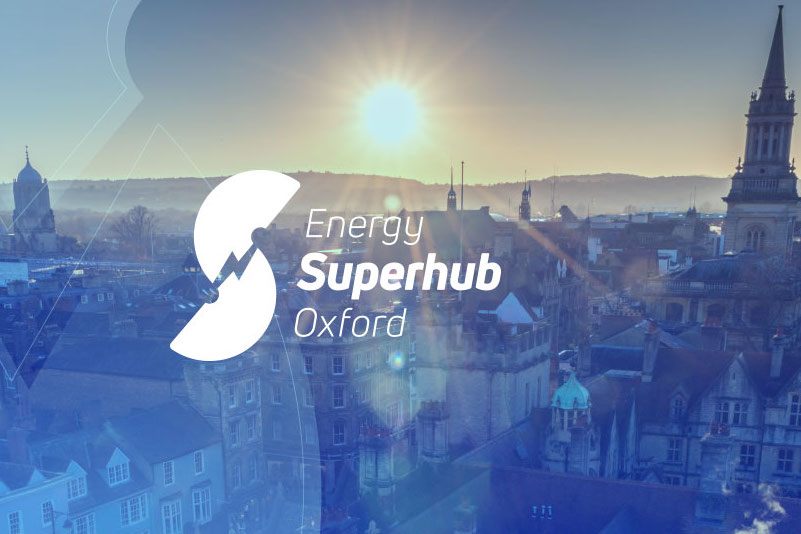 Oxford City Council’s wholly-owned company, ODS, which operates like a social enterprise, has added six new EVs to its current fleet, with a further 27 (including cars, a street sweeper, excavator, and mix of different sized vans) due to be delivered over the next 3-4 months. It aims to electrify 25% of its 330 fleet by 2023.

Users of the current vehicles have reacted extremely positively and enjoy driving them which has led to buy in from numerous other ODS staff wishing to be part of the trials for new vehicles coming onto the fleet. Part of the support to these employees will be to provide home charging facilities where required.

The vehicles have been funded by ESO, a 3-year £41 million project announced last year which has received £10m from the government’s Prospering from the Energy Revolution Challenge.

The project is allowing the Council to evaluate its existing fleet and assess its strategy for electrification based on usage, range, emissions, costs and suitable electric replacement.

The project is also funding a ‘Try before you buy’ scheme for Oxford’s Hackney Carriage drivers with Electric Blue, which aims to accelerate the switch to zero emission capable (ULEV) Hackney Carriage vehicles. The scheme enables drivers to trial one of two models – an all-electric

Nissan Dynamo or an LEVC (London Electric Vehicle Company) – for a two or four-week period, with the aim of reducing barriers to adoption.

Two electric LEVC taxis are already operating in Oxford, with two more on the road shortly and several drivers making purchasing enquiries. From 2025 drivers will only be able to get a licence if they have a zero-emission capable cab.

To kickstart the city’s switch to EVs, Pivot Power is installing the world’s most powerful charging network, delivering up to 25MW of power via an 8km private wire network around the south of Oxford. This network will connect public charging facilities at Redbridge Park & Ride directly to National Grid’s high voltage transmission network. It has capacity to expand with EV adoption and provide power for local businesses seeking to electrify their fleets, from logistics companies to bus operators.

The Park & Ride EV public Superhub aims to include 20 charge points ranging from rapid (50kW+) to ultra-rapid (150kW+), capable of charging a car in 15-50 minutes, and 30 fast charge points (min 7kW) which can charge a car over a period of hours, for example while Park & Ride users are at work or shopping in the city centre.

Pivot Power is also developing the world’s largest ever hybrid energy storage system, comprising a 50MW lithium-ion battery and a 2MW vanadium redox flow battery, supplied by Invinity Energy Systems, which will share the grid connection with the private wire network. This hybrid system will combine the high-power capabilities of a lithium-ion battery with the heavy cycling, non-degrading characteristics of vanadium redox flow technology to create an innovative solution which will meet the complex demands of multiple energy applications.

Habitat Energy’s machine learning technology will optimise the system and help balance the grid by enabling greater use of clean, renewable energy sources, while carrying out trading on the day ahead, intraday and balancing mechanism markets. It will also predict overall demand on the private wire network to support the management of future fleet charging.

Tim Rose, ESO Programme Manager, Pivot Power commented “Pivot Power’s purpose is to accelerate the UK’s transition to a clean, electric future. The smart power network we are installing in Oxford will deliver flexible, reliable power at scale to fast-track EV adoption. As part of EDF Renewables UK, our aim is to replicate this model throughout the UK, supporting greater renewable generation and delivering power where and when it is needed to enable mass-scale, rapid electric vehicle charging.”

The first 60 properties will be installed with affordable housing provider Stonewater in Blackbird Leys with work due to start as soon as possible. Energy Superhub Oxford aims to roll out this technology to 300 properties in and around Oxford over the next two years.

To assess the impacts of the project the University of Oxford is building a computer model for large-scale batteries, able to simulate the behaviour of thousands of cells simultaneously. Once the battery is operational, the model will be matched to the measured data, with insights used to improve the system’s performance.

The University will also work closely with charge point users and households who have received low carbon heating solutions, to measure the benefits and advise on how they can be replicated, both in the UK and abroad.

Councillor Tom Hayes, Cabinet Member for Zero Carbon Oxford, Oxford City Council said “Oxford is continuing to show leadership in tackling the climate emergency. With this project we’re encouraging the adoption of electric vehicles and move to zero carbon. Energy Superhub Oxford gives Oxford strengths that no other city currently has: the world’s most powerful charging network and the world’s largest ever hybrid battery, and as a result we can accelerate our electric vehicle charging infrastructure for businesses and residents. It also allows the City Council to provide support on top of what we’re already offering to Hackney Carriage taxi drivers looking to move to electric. I am looking forward to seeing this project accelerate Oxford towards zero.”

Rob Saunders, Deputy Challenge Director, Prospering from the Energy Revolution, UK Research and Innovation added “Energy Superhub Oxford is a key component of the Prospering from the Energy Revolution programme. Clean energy, delivered across smart and efficient local networks will play a major role in achieving the UK’s net zero goals by 2050. Energy Superhub Oxford demonstrates a model for cities that can be replicated nationally to cut carbon and improve air quality. By integrating innovative technologies for maximum impact it’s demonstrating the opportunity to harness the energy transition for lasting environmental and economic benefit.”