SEAT has teamed up with the nation’s children to help redesign and add colour to electric vehicle (EV) charge points after research concludes a third of UK motorists believe they are ugly. 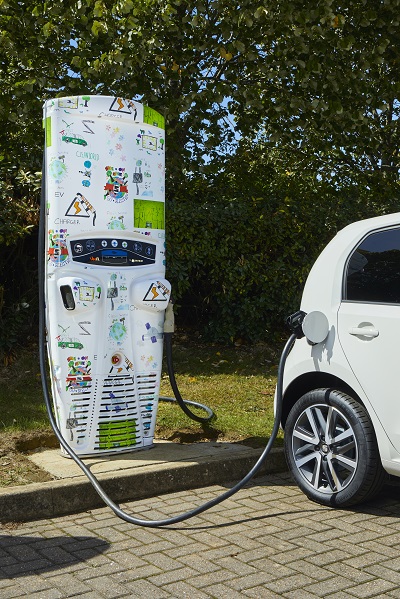 The design, which is a mosaic of drawings created by children, is intended to inspire the next generation of EV advocates as well as increase acceptance of electric vehicle infrastructure.

The design has been installed on to a charging point in Milton Keynes, with a planned roll-out across SEAT and CUPRA’s UK retailer network as additional electric vehicles are added to their line-ups, including the SEAT Mii electric, New Leon PHEV, as well as the CUPRA Formentor and el-Born.

Fewer than half (49%) of UK motorists would want a public electric vehicle charging point installed on their road, according to the survey results, however this increases if they were made more attractive.

The survey of 2,000 UK drivers conducted by the Barcelona-based car brand sparked a campaign to encourage children to help beautify an EV charge point to increase awareness and acceptance of the growing electric vehicle infrastructure.

A third of motorists (27%) think EV chargers are an eyesore, so SEAT encouraged children to submit designs inspired by what they thought electric cars could look like in the future and the positive effect on the environment they will have.

Londoners and drivers from the North East are most likely to consider public charge points to be an eyesore and are more apprehensive about having them installed on their street, representing 35% and 34% of motorists in those areas respectively. The research suggests drivers from the East Midlands are less sceptical as only 21% of drivers believe charge points are ugly. 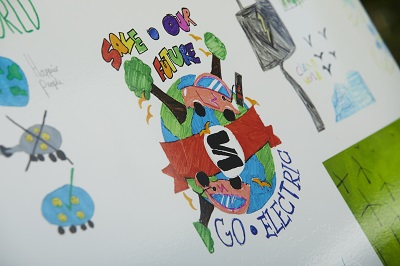 SEAT UK Managing Director, Richard Harrison, commented: “The design is truly inspirational as we know the next generation are more focused on sustainability issues than ever before. We hope that this means that more people will look to electric vehicles in the future and will support the continued growth of EV infrastructure. 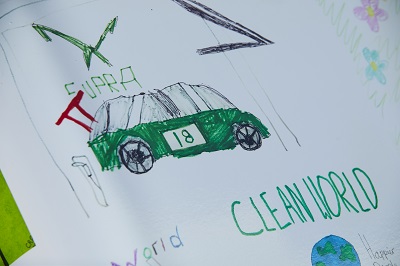 “The roll-out of the SEAT and CUPRA electric vehicle line-up demonstrates our commitment to reducing our carbon footprint here in the UK and globally.”

The mosaic is made up of ten individual designs, with sketches selected from far and wide and covering age groups of three to thirteen years’ old.

Among the selected designs are a vibrant planet of trees and electric cars, designed by Isla (10), a picture of a charging plug surrounded by animals drawn by Max (8), and an electrifying SEAT-branded charging point by Jude (5). The mosaic also included designs sent in from Charlotte (13), Freddie (10), James (5), Laszlo (6), Matilda (7), Matilda (8), and Rory (3).