Smart motorways to be reviewed over safety concerns

Transport Secretary, Grant Shapps, announced to MPs* that an urgent review into the safety concerns over smart motorways, and has called for recommendations to be made “in a matter of weeks”.

The chief executive of Highways England, Jim O’Sullivan has said that “dynamic” smart motorways are “too complicated” for the average driver. He went on to say: “We know they are safe, but we are struggling to convince people of that.

“When you lay all the numbers out and you see the benefits that they bring and you see that they are safer than conventional motorways, it is very easy to commit to a successful programme.” He went on to say that he did not think he would build any more dynamic smart motorways due to driver lack of understanding. 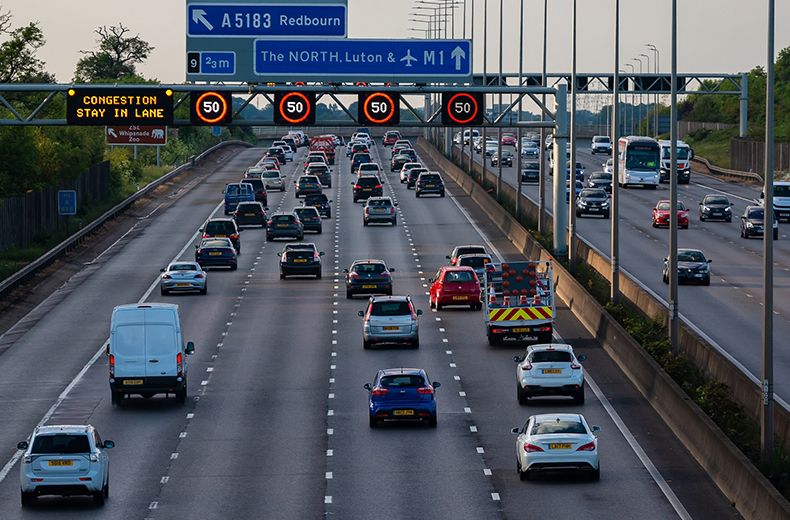 Responding to the announcement by the Secretary of State for Transport, Grant Shapps MP, that he is conducting a review into smart motorways, Edmund King, AA president says; “We are delighted that the Transport Secretary has listened to us and agreed to review the safety of ‘smart’ motorways.

“We have been raising concerns for more than six years about the dangers of the 38% who breakdown in a live lane on smart motorways. We hope the review will stop a further rollout unless more Emergency Refuge Areas are planned and retrofitted.

“We trust that the review will not get overtaken by misleading or partial statistical analysis about what type of road is safer but will concentrate on avoidable deaths. We know there are real situations where lives would have saved if drivers on smart motorways had somewhere safe to stop. We owe it to all drivers to give them a safe harbour to stop if their vehicle develops problems.”

Nicholas Lyes, head of roads policy at the RAC, commented: “The key aspect is making sure drivers understand how to use all lane running smart motorways and of course no driver should be stopping unless it is an emergency.

“In reality, some drivers will break down and not be able to reach an SOS area and these drivers need to have confidence that the motorways which Highways England designed, built and operate keep them as safe as possible.

“That is why the RAC continues to call on Highways England to retrofit existing stretches with more SOS areas and install the latest vehicle detection technology to detect stranded vehicles quickly and close the lane as soon as possible.”

Anthony Smith, chief executive of the independent watchdog Transport Focus, said: “While millions of drivers successfully use smart motorways there is more to do to improve their understanding of how they work and what you should do if you break down.

“Road users tend to trust that ‘the authorities’ would not allow motorways without a hard shoulder if it was unsafe. Highways England must remain vigilant that their trust is not misplaced.”