Motorists worry about safety on the school run 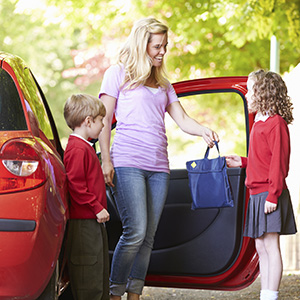 Wake me up when September ends

With September just around the corner, a new survey by BCA, a leading vehicle remarketing company, has revealed the pressures faced by parents – and other motorists – on school run routes. Both parents and non-parents were surveyed and with nearly half (45%) of non-parents saying they drive by schools or use the same route as parents dropping off their children, it’s clear that school runs create some significant pinch-points.

According to the new BCA research, it seems that driving children to school is a clear necessity for many families, with 46% of all motorists identifying the distance from home to school being too far to walk as the root cause. Unreliable public transport, or the lack of a school bus, is a another reason cited by over a third (38%) of motorists and for 31% it’s simply the logistics of getting different children to different schools that forces the decision. The key findings from the survey include:

“It’s clear from our survey that the stresses of the school run are getting motorists hot under the collar. And there are potentially dangerous choices being made by some drivers when it comes to double parking outside the school gates and ‘drop and go’ tactics that leave pupils having to negotiate busy roads before reaching the safety of the school,” says Tim Naylor, Editor of the BCA Used Car Market Report.

He added “Driving in the rush hour is always stressful and the school run just adds to the congestion, with many motorists seeing parents and children taking what they perceive to be unnecessary risks. Perhaps that’s why motorists were supportive of new measures to tackle congestion and parking issues that would make the environment safer for the school run.”