One in three serious injuries result from road traffic accidents

New research into injury incidents in the UK reveals that a shocking proportion of the population has been seriously injured in road traffic accidents within the last five years. 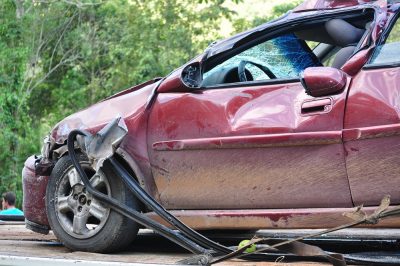 The research into 1,000 adults across the UK, conducted by Fletchers Serious Injury, revealed that 32% of those who have suffered a serious injury within this timeframe, such as broken bones and spinal injuries, sustained the injury via a traffic accident.

Men were also revealed to be more at risk than women, with over a third of affected men (35.7%) having suffered a serious injury in a traffic accident, compared with 24.7% of women.

The findings also revealed a concerning unwillingness amongst those who had suffered an injury to pursue a claim, meaning that they are less likely to receive the compensation and support they need to get their life back on track; with almost a fifth (19.1%) saying that they would not pursue a claim if they suffered a serious injury.

Worryingly, younger people were also far less likely to make a claim than their older counterparts, with 60% of those aged 18-24 reporting that they would not pursue legal action if they suffered a serious injury, with all other age demographics averaging 15-25%.

When quizzed about their motivations for not seeking justice following an accident, 41% admitted that they would not know how to pursue a claim. This number rises to 48% of younger respondents (those aged 25-34), indicating a greater need for younger people to be educated on their rights if an accident should occur. A further 32.5% of respondents would be worried about the financial risk of pursuing a claim, which again rises to 66.7% of those aged 18-24.

Adrian Denson, chief legal officer at Fletchers Serious Injury, commented: “When you suffer a serious injury following a non-fault road traffic accident, there are many things that can suddenly become vitally important to you – and seeking compensation is only one of those things.

“Of course, making a claim for the first time is something completely unfamiliar to many of our clients. But we have been fighting for justice on behalf of our customers for more than 30 years. It is our job to understand the claims process on your behalf, and to navigate you through that process and take the complications away from you.

“At all stages of the journey, our specialist solicitors are not only available to answer any questions, they are actively building a relationship with you and will guide you through the entire process from taking the claim to securing the settlement.”

Further statistics and information from the research can be found in the report here.