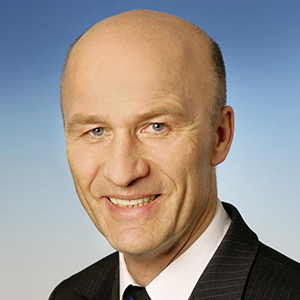 Frank Witter (56) has been appointed Member of the Board of Management of Volkswagen AG with responsibility for Finance and Controlling with immediate effect. This was decided by the Supervisory Board at its meeting today (Wednesday) in Wolfsburg. Witter was previously Chairman of the Board of Management of Volkswagen Financial Services AG. In his new function, Witter succeeds Hans Dieter Pötsch (64), who served as the Volkswagen Group Board Member for Finance from 2003 and who, following his appointment by the competent local court as a Member of the Supervisory Board, was today elected its Chairman.

Witter was born on May 29, 1959. He holds a degree in business administration and has been with the Volkswagen Group since 1992. After training as a qualified savings bank officer, Frank Witter studied economics at the University of Hannover. He joined Volkswagen AG in 1992, heading the capital markets business section at the Group Treasury until 1998. He subsequently became Treasurer at Volkswagen of America Inc., Volkswagen Canada Inc., VW Credit Inc. and their subsidiaries in Auburn Hills, Michigan, U.S.A.