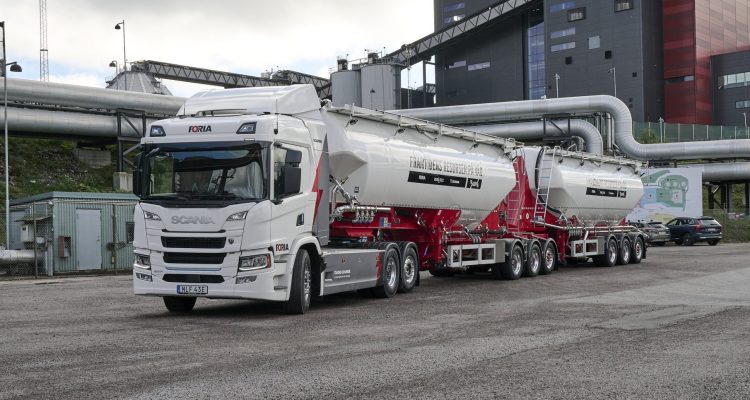 Forming part of the Pilot Series, designed to test the feasibility of battery electric vehicles in heavy and extreme situations, Scania is working with recycling and environmental specialists Ragn-Sells and machinery service company Foria. 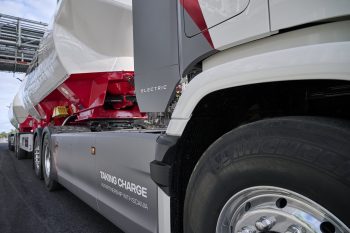 Designed to operate on the roads in Mälardalen, northwest of Stockholm, this collaboration is part of Sweden’s REEL (Regional Electrified Logistics) initiative. Where leading companies and organisations accelerate the transition to electrified emission-free transports.

Fredrik Allard, Head of Power Solutions at Scania, said: “Our new electric truck will be a part of a transport solution that enables a circular system.

“Now Foria is able to transport fly ashes from the thermal power station in Mälardalen to Ragn-Sells’ new facilities where valuable salts can be recycled and reused, without any emissions being generated by the truck.”

Foria will be responsible for the truck operations, where it will transport fly ashes to be recycled at Ragn-Sells’ new Ash2Salt-facility at Högbytorp, northwest of Stockholm.

The battery electric truck is already in operation moving the waste product from the thermal power station in Mälardalen to Högbytorp for storage until the new facility is up and running. 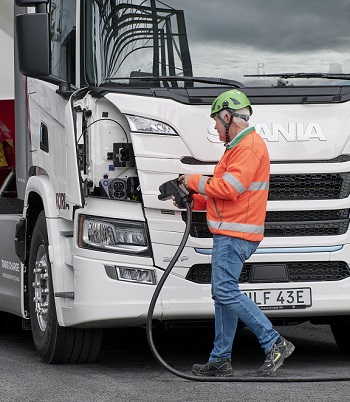 Tove Winiger, Sustainability Manager at Foria, said: “This electric truck is a big step and vital if we are to change to electricity and our dependency on fossil fuels.

“The collaboration with Scania and Ragn-Sells enables us to learn and evaluate future investments in fossil-free technologies.”

Once the new facility has opened, the electric truck will work two shifts to decrease the number of internal combustion vehicles operating at the facility.

To avoid costly stops, the truck will be fast charged when loading and un-loading via two 160kW chargers supplied by technology company ABB. The same set-up will be installed at the thermal power station in the future.

Erik Wastesson, Project Manager at Ragn-Sells, said: “What we do with fly ash is one of the largest investments that have been done within circular recycling of materials in Sweden.

“We are happy that the collaboration with Scania and Foria enables electrified fossil-free transport of fly ash to and from our facility.”

This initiative is led by CLOSER, the Swedish platform for transport efficiency, which is supported by the Fordonsstrategisk forskning och Innovation (FFI) programme, designed to help the Swedish market transition to electric freight transport.