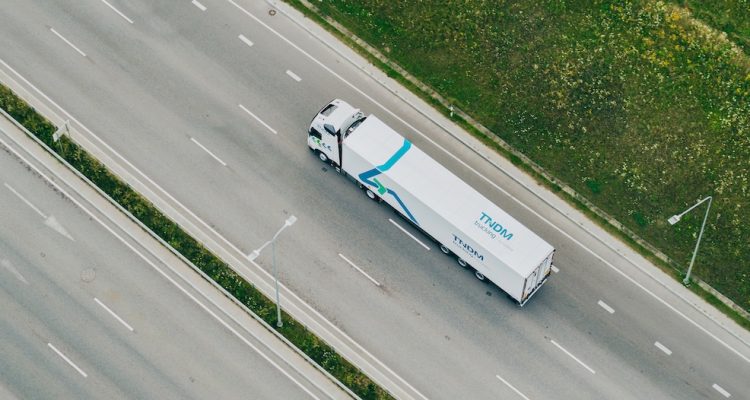 Perhaps there is no better industry bar a few than road freight transport which is a first-hand witness of the chaos that happens before the Holidays in December. What has been the rule for the past few years is that in Europe, road freight transport is very cyclical and peaks during the fourth quarter of the year, with a slump in the few following months. Then, much like all of the greenery in the wild, it begins to blossom once again throughout the warmest period of the year until we once again decorate our homes with various Christmas ornaments.

Trends have showcased that it is exactly the case, as, for the past five years, Q3 and Q4 rates were the highest when compared to the first and second quarters of the year. Incidentally, excluding the period between 2020 and 2022, General Domestic Product (GDP) between 2016 and 2019 followed this trend as well. According to Eurostat data, which was not adjusted seasonally, in Q1 2016, the European Union (EU) GDP was equal to €3 trillion, and apart from the small dip in Q3 2016, rose to €3.27 trillion in Q4 2016. The following year – now excluding the Q3 dip – the story was the same, as so was during 2018 and 2019, providing data to confirm that economic activity rises throughout the whole of the EU, including road transportation, before and during the festive period.

Shifting winds due to the pandemic?

However, the question one can ask is whether the pandemic affected economic activity and logistics between 2020 and 2022, considering the various lockdowns and uncertainty throughout the two years when COVID-19 had been adjusting the way of life for many of us.

And in part, it has not. Eurostat data once again shows that between 2020 and 2022, GDP peaked and went down a bit following the same economic cycle. While correlation does not necessarily mean causation, as the metric fell in 2020 compared to a year prior, consumers seemingly were still more willing and did spend money more heavily in the latter part of the year. However, the situation was not ideal, especially in the manufacturing space. For example, a report by the International Monetary Fund (IMF) from October 2021 noted that while manufacturing expanded strongly throughout 2021, “input shortages have started to hold back production in durable goods, notably car production.”

Still, “the household saving rate, which jumped in 2020, is receding and consumption is growing in tandem with better income prospects,” at the time explained the IMF’s report.

But as the fund pointed out, shortages were starting to press manufacturers throughout the continent and globally. Instability throughout the supply chain more often than not led to lower production rates than expected, which impacted many businesses’ growth prospects in the short-term future. The road freight transport industry can be a fitting example, as a shortage of various parts, including semiconductor chips, forced manufacturers to delay deliveries and hike the prices of new trucks.

“An average 400pk tractive unit trades around €100,000-110,000, an increase of some 15-25% from pre-pandemic levels,” stated an article by ING Think, the Netherlands-based bank’s analysis and forecast arm. The article, published on July 1, 2022, also noted that “due to the nature of higher elasticity, price increases of available used trucks tend to be more pronounced.” Thus, the popularity of relatively new trucks (used for less than three years) has risen exponentially, resulting in some <3 year-old trucks approaching “the same price levels as new equipment.” As such, “the market could turn from exceptional to normal again in the run up to 2024,” with ING Think warning that “fragile global supply chains remain a threat.”

Even if economic activity has continued to recover since the downfall exhibited in Q1 2020 thanks to the pandemic, the road freight transport industry had more issues to deal with in addition to rising truck prices, which resulted in a very interesting pricing environment for the past few months. 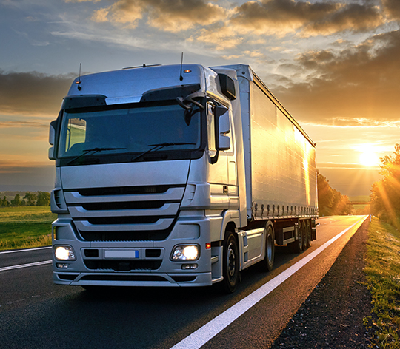 Unlike in years touched upon so far, 2021 and 2022 have showcased interesting developments in the road freight transport industry, as prices for full truckload (FTL) and less than truckload (LTL) transport have been rising since the calendar turned the page of 2021.

According to the latest European road freight benchmark, jointly published by Transport Intelligence (TI), Upply, and the International Road Transport Union (IRU), prices for road transportation have continued to rise exponentially throughout the year with no slump between Q1 and Q4. The situation in the new and used truck market was just one part of the equation. The other part? A driver shortage throughout the continent that has only worsened during the pandemic, as many professionals chose to retire early or hand their licenses on the wall, and look into other professions.

“Drivers are a critical factor in keeping essential supply chains moving, something we saw clearly during the pandemic. Now, logistics operators and freight rates in many countries are threatened by another looming crisis: the growing shortage of this invaluable human resource,” Vincent Erard, IRU’s Senior Director of Strategy and Development, was quoted as saying in the latest European road freight benchmark, published on November 8, 2022.

However, Europe’s economy has also been in peril as Russia’s invasion of Ukraine has pushed inflation through the roof in the continent, as prices for the most-important commodities, including gas, electricity, and food, have risen exponentially. The IMF predicted that “Europe’s advanced economies will grow by just 0.6% next year while emerging economies will expand by 1.7%.”

“This winter, more than half of the countries in the euro area will experience technical recessions, with at least two consecutive quarters of shrinking output; among these countries, the output will fall, on average, by about 1.5% from its peak,” the fund’s economic growth analysis showcased. Consequently, the rates for transportation begun to “soften through September and October as volumes begin to drop,” according to Michael Clover, Ti’s Head of Commercial Development. “Looking forward, we expect this softening in rates to continue over the next couple of quarters.”

Could this be the year that the trend would be curbed?

Demand for transportation at the end of the year

While the word uncertainty has certainly lost its meaning over the past few years, as we have been living in uncertain times, once again, it is around the corner. The state of the economy within the continent and the outlook by industry analysts so far point to a scenario whereupon road transportation prices would soften by the end of the year, yet there are scenarios where that could very well turn on its head.

One of the reasons is that the current weather in Europe, coupled with governments’ efforts to have plenty of gas reserves going into the winter, resulted in European Union’s (EU) gas storage being 95.4% filled, per Reuters. The EU had the goal to have at least 80% of storage full with the natural reserve. Due to that reason, at one point in October 2022, gas prices in Europe fell to below zero levels.

No inflation data for November 2022 has been officially released by Eurostat so far. In September 2022, Euro area-wide annual inflation was at 9.9%, with it expected to rise to 10.7% in October 2022, per the EU’s statistical portal’s early estimates. Another statistic to look out for is the quarterly saving rate, which, unfortunately, has gone down since its peak in the EU in early-2020. According to Eurostat, “the household saving rate was 12.6 % in the second quarter of 2022, compared with 14.6 % in the first quarter of 2022,” which means that on average, households had less disposable income to spend on goods, contrary to the situation between 2020 and 2021, in particular during the first quarters of those two years, when the rate had two highly visible peaks.

Both statistics should paint the picture for the next few months, which could potentially harm the demand for road freight transportation in the short-term future, especially if both turn for the worst. Demand for FTL or LTL capacity throughout the final months of the year is not only driven by the holiday season, however. For example, demand for transportation from Spain during Q4 can also be negatively impacted by a less-than-ideal harvest season, which has also happened this year. As such, while capacity needs grew in Q3 2022, it could “result in less than usual demand in Q4,” per Ti.

At the same time, there have been warning signs that capacity will continue to dwindle throughout the continent, as the driver shortage does not let up. Sure, the economic situation has developed for the worse, but the GDP is still growing, which then begs the question of what will be the correlation between the demand for capacity and carriers’ ability to dedicate that capacity to shippers across Europe.

“What we are seeing is that Europe and road freight transportation is heading towards another period of uncertainty,” commented Sigitas Meilūnas, the Chief Operating Officer (COO) at TNDM Trucking. “A strong relationship between a shipper and a carrier will be important going forward, especially since currently, spot rates are much higher than contract rates,” added the COO.

Securing capacity going forward will once again be the name of the game. If economic activity just prior to the Christmas shopping craze, or doing the largest sales events of the year – Black Friday and Cyber Monday – suddenly shoots up, “you will have to have that capacity to deliver goods to consumers to use that opportunity,” noted Meilūnas. “Tailored solutions such as the ones we can offer at TNDM Trucking will be ever-more important as we go forward during such times of uncertainty,” the executive further commented on the current market situation.

“What we can guarantee is that we can offer capacity with our unique transportation solutions in Europe that our trucks and trailers to be easily integrated into our customers’ supply chains,” concluded the executive of the transportation company.