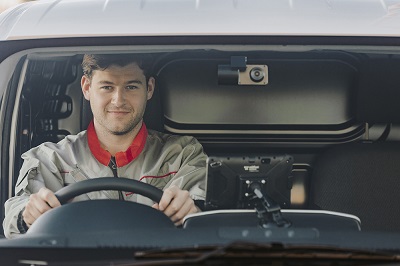 The findings of the research, which offers insight into attitudes and safety concerns of 1,050 fleet decision makers in Europe, are published in the European Road Safety Report 2021 eBook.

According to the research, respondents were most worried about their drivers’ habits and poor behaviour behind the wheel, specifically the use of mobile phones and other devices (71 per cent), followed by speeding (69 per cent), eating or drinking behind the wheel (68 per cent), and driving while fatigued (67 per cent).

High accident rates and insurance claim incidents suggest these concerns may be justified, with 68 per cent of UK commercial fleets involved in road collisions every year, and 61 per cent of fleets saying that, on average, they have at least one insurance claims a month made against their company by other road users.

As well as posing a danger to their drivers and other road users, respondents were concerned about the reputational damage to the company.

Combining survey data with official EU statistics and data from other authoritative sources, the eBook presents a holistic view on the issue of road safety for commercial fleets. Furthermore, the report discusses how data driven technology can support fleet managers to keep their drivers, vehicles and other road users safe.

“Telematics, for example, can improve the safety of commercial fleets by offering powerful insights into driver behaviour. Fleet managers and decision makers can access a range of valuable data points from each driver trip, with an overview of incidents like speeding, harsh steering, or sudden braking.

“This data can be paired with vehicle camera footage, offering fleet managers context of why these events occur.  Driver-facing cameras, using Artificial Intelligence (AI), also assist in better driving by detecting various types of unsafe behaviours and alerting the driver to correct their course before an accident occurs.

“The integrated solution gives fleet managers and decision makers full transparency and clarity, allowing them to protect their drivers from non-fault claims and coach them to drive more safely.”

According to the European Road Safety Report survey, UK fleet decision makers were most likely to have adopted reversing and side camera technology to help improve road safety (40 per cent) and half (51 per cent) of businesses said they were offered a lower premium if they adopted a telematics system.

Driven largely by the positive impact connected cameras can have on insurance claims, the stringent new vision regulations coming into force in parts of the UK will also play a role in connected camera uptake.

“This latest research underlines the need to improve road safety of UK fleets, and the best way to achieve that is through better driving habits and improved visibility,” added Wise.

“Legislative change will certainly encourage uptake of technology in the coming years but fleet decision makers should aim to be one step ahead and use technology and telematics to their competitive advantage.”