Motoring fines for company car drivers continue to rise, according to new figures 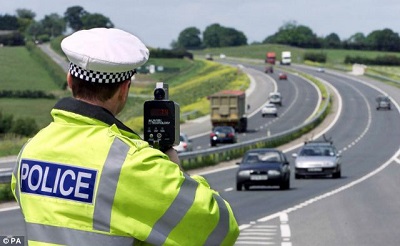 UK businesses faced an increase in motoring fines during the first half of 2019 as the proportion of company car and van drivers incurring penalties for minor traffic and parking offences increased by 21 per cent, according to figures from Lex Autolease.

As the owner and operator of the UK’s largest fleet, Lex Autolease analysed data from more than 360,000 company cars and vans to identify trends in driver behaviour and opportunities for fleets to cut costs. The findings revealed that drivers racked up a £10.6m bill for fines and penalties between January and June, an increase of 41 per cent compared with the same period last year.

The research also found that while the percentage of drivers caught by bus lane cameras fell by 19 per cent year on year, the proportion being fined for illegal junction-box stops, red-route driving and other similar infringements increased by 154 per cent over the same period.

Guy Mason, Head of Motor Operations Customer and Business Design at Lex Autolease, said: “Running a company vehicle fleet is an effective way for businesses to reduce risk and save money, but this can be hampered by drivers who incur easily-avoidable fines and penalties on the road.  They might seem like small mistakes at the time, but the costs associated with minor parking and traffic offences add up for employers – especially those with large fleets.

“Analysis of our data has revealed an opportunity for businesses to further reduce the amount they spend on staff travel by taking proactive steps to minimise the fines incurred by employees on the roads. Investing in driver education will help employees modify their behaviour and avoid minor penalties.

“As fleets start transitioning towards alternative fuels, the importance of driver training is only set to grow, so that the whole life cost savings achieved by using low or zero emission vehicles are not compromised by the costs of fines and penalties.”

The research was compiled from Lex Autolease’s fleet of just under 362,000 company vehicles operating across the UK.