Are Young People Giving Up On Driving? 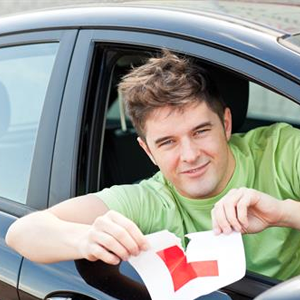 The number of 17-year olds taking the practical driving test has fallen by more than 100,000 since 2007-08, while the overall number of under-25s in the UK that are learning to drive is down by 20 per cent.

East Sussex experienced the largest average drop in young people taking the practical driving test, with a fall of 61 per cent, while the County of Bristol was second with a decrease of 45 per cent. Cambridgeshire and the Vale of Glamorgan are a joint third – at 40 per cent. Worcestershire completes the list, with a decrease of 39 per cent compared to 2007-08.

Recent figures show that a city-based teenager driving a small hatchback worth £8,000 can be quoted up to £13,498 for a comprehensive 12-month insurance policy, while those living in rural areas will be asked to pay a staggering £8,750 – with the rising cost of car insurance deemed to be a major contributor in young people delaying the decision to start driving.

Average premiums increased by eight per cent in the first quarter of 2017*, with accelerating costs being driven by Insurance Premium Tax (IPT), whiplash claims and changes in the way compensation is calculated. Over the past few years the IPT rate has doubled to 12 per cent, netting the Government an estimated £5.8 billion a year.

As well as sky high insurance costs, an average learner is required to pay £1,529 to get their licence**, with the Department for Transport claiming that, on average, 47 hours of professional tuition are required to gain a licence.

Driver and Vehicle Standards Agency records show that while the average pass rate for the driving test has increased since 2007-08, from 44 to 47 per cent, the overall number of tests conducted has fallen significantly, from 1.8 million to 1.5 million, with young drivers accounting for the majority of the drop.

Honest John’s Managing Editor, Daniel Powell, said: “Put simply, young people are being priced out of learning to drive. Ten years ago, a typical 17 year old would have booked a driving lesson as soon as they were legally able, but today most young people simply cannot afford to drive.

“Increases in IPT and changes to the way major personal injury claims are calculated have pushed up premiums by an average of eight per cent. But for younger drivers the real world increases are probably much higher.”