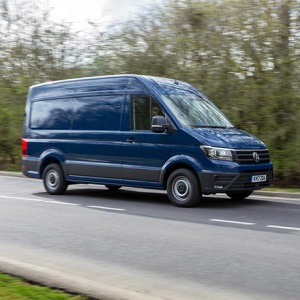 The Government has opened consultation on the Vehicle Excise Duty (VED) rates for vans.

Its aim is to bring van VED into line with passenger car VED by introducing a first year rate based on CO2 emissions.

Thereafter there would be a flat rate. This will be in line with the standard

The government says in its consultation document: “The current car VED system, and the previous system that operated for new cars first registered between 2001-2017, rates are based entirely on CO2 emissions.

“The government considers that this approach has been a success, since there is a clear link to the type approval process for new vehicles. Consequently, it is easy for consumers to make simple comparisons between vehicles when making purchasing decisions. Part of the reason why CO2 banding has been a success in reducing emissions of the car fleet is that the government has been able to set multiple bands that provide clear differentiation between categories of vehicles within the overall fleet.

“In the case of vans, we have not used CO2 bands in the same way, and the government has in the past been criticised for not bringing Light Goods Vehicles into the same framework for decarbonisation as other road vehicles.

“The simplest approach for adapting van VED would be to base an environmental signal entirely on CO2 emissions. This would replicate the simplicity and transparency of the car system, as well as the commonly understood methodology for how vehicles are categorised and the relative ease of administration for purchasers and dealers.”

Proposed first year VED rates suggested range from £0 for zero emission electric vans to £500 for the most polluting (more than 256g/km CO2).

“We welcome the fact that the Government is looking at this area as we believe that the tax regime is a powerful way of incentivising businesses and individuals to choose low emission vehicles.

“This approach is not ideal because it penalises van drivers or their employers for using what is an essential business tool. Some jobs require larger vans with larger engines and larger CO2 emissions. We do not want a VED regime that encourages people to use vans with a smaller engine and load capacity, which they then either overload or make extra journeys with.

“We would recommend that the Government uses the tax regime to incentivise people based on air quality performance, so that people are rewarded for operating a Euro 6 van and penalised for driving an older, pre Euro 5 van.”