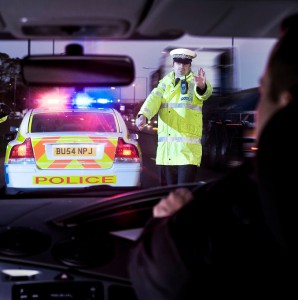 STOP: Are you a law-breaking driver?

Overconfidence and complacency is leading to widespread illegal risk-taking on roads, road safety charity Brake and Direct Line have warned.

New research shows that while a whopping 99% of drivers believe they are comparatively safe, two-thirds (69%) admit risking others’ lives by breaking traffic laws.

A third (35%) say they break laws as they believe they can handle it, while a further 33% admit it is due to not paying attention.

Brake and Direct Line are urging drivers to sign Brake’s ‘Pledge’ to help prevent the crashes that often result from risky law-breaking at the wheel.

Every day, five people are killed and 63 are seriously injured on UK roads, with the vast majority of crashes involving drivers’ risk-taking.

Julie Townsend, Deputy Chief Executive at Brake, said: “It is deeply concerning so many drivers break vital traffic laws, yet still believe they are safe.

“Anyone who thinks they can handle speeding, using a phone at the wheel or drink-driving is fooling themselves and taking an appalling chance with people’s lives.

“The evidence is clear: if you break traffic laws you risk causing terrible harm to yourself and others.

“The first step to being a truly safe driver is to recognise that protecting people is your number one priority when you get behind the wheel – far more important than getting there a bit faster, or answering a call.

“Traffic laws exist to protect people from death and injury, and staying within them is a fundamental responsibility for everyone who drives.”

Brake are also calling on government to ensure there is a strong deterrent against law-breaking, and that drivers who repeatedly flout the law are taken off the road.

They also insist greater priority and funding is essential for specialist roads policing – a proven deterrent to risk-driving.

Tightening the penalty points system so drivers with 12 points or more cannot escape a ban by pleading ‘exceptional hardship’ should also be prioritised, they claim.

Rob Miles, Head of Motor at Direct Line, added: “Drivers continue to flout the rules of the road without realising the devastating impact their actions can have.

“Traffic laws are there for a reason and breaking them puts other road users and pedestrians’ lives at risk.

“The biggest reason for road collisions is excessive speed, so rather than trying to beat the traffic and getting to your destination a couple of minutes earlier, we’re urging motorists to slow down and have more consideration for other road users so that everyone arrives at their destination safely.”