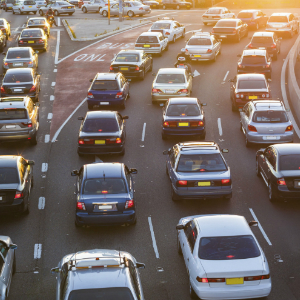 Figures just released from the Department for Transport show that 1,792 people were killed in collisions last year. The number represents a rise of 62 (equivalent to four per cent) on the previous year’s figures, and is the highest annual total since 2011.

GEM road safety officer Neil Worth said: “We will no doubt hear a Minister explaining that Britain has some of the safest roads in the world. But the truth is that our roads are considerably less safe than they were six years ago, and that is very worrying.

“In spite of technological improvements to vehicles and systems, car occupant deaths have risen by eight per cent. And even though pedestrian protection systems are more advanced than ever, pedestrian deaths are up by 10 per cent. Deaths on roads with 20mph speed limits more than doubled from 14 in 2015 to 30 in 2016.

“We urge the Government to accept that these figures are deeply troubling. With support from the highest levels of Government, we know that far more lives could be saved. So let’s waste no time in investigating thoroughly why each death has occurred. Let’s also accept that we can do so much more to protect new drivers. For that to happen, we need to be willing to learn from countries who have successfully implemented graduated driver licensing schemes.

“We also urge everyone to pause and reflect on the risks they face and the risks they may pose to others while using the roads. Individual responsibility is vital if we are to return to a long-term, sustained reduction in the number of people killed on our roads.”