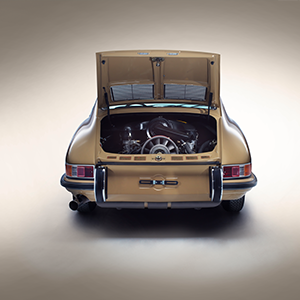 There is a strong Porsche presence at the next H&H Classics sale at Duxford, the Imperial War Museum on March 29, with the Porsche offering including a pair of 1967 911 S identikit ‘twins’.

It is very rare to find a completely original and unrestored early Porsche 911 these days. Thus H&H Classics is delighted to be able to offer this 1967 S high performance model, having had only two previous keepers and still carrying its original paint and interior, for sale.

H&H also have its identical twin, another 1967 911 S in the same sand-beige colour. Since they are only 300 chassis numbers or so apart, they may actually have ‘seen’ each other back at the production line at Porsche’s Stuttgart plant fifty years ago! The second car has been completely restored to ‘better than new’ condition, by a renowned Porsche expert. It is a true pleasure seeing the two cars together.

LHD. Sold new in the U.S.A. by Nick Cilibert Motors of Reading, Pennsylvania to a gentleman from Dallas, Texas in August 1967. The first owner regularly used the car for club events, like the Porsche Parade in California in 1969.

He passed the car on to an acquaintance from Florida in 1979, who kept it until 2014, when it was sold to its current owner. The car is absolutely unique in that it’s completely original and unrestored. It still carries its original factory paint in very good condition. Slightly reduced in thickness through polishing over the years and with some touched-in stone chips but with an absolutely amazing patina. Likewise the interior is completely original. Perfect factory panel gaps. 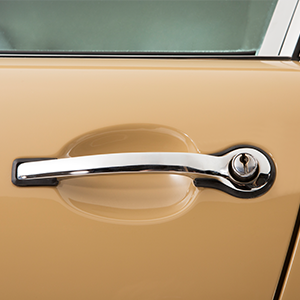 Naturally the car has matching numbers and comes with documentation, including Porsche Classic Certificate and service book. Its last owner regularly used and serviced the car, thus it was mechanically always in good condition. The current owner had the carburettors cleaned and adjusted together with the ignition, changed some of the rubber fuel hoses, rebuilt the brakes and part of the suspension and performed a good service. Other than that, the car needed nothing.

It recently participated in a Porsche alpine tour of 1,000 miles without any issues. Probably unique and unrepeatable in the world, this early example of the highly desirable 911 S is now looking for a new home. Estimate £220-250,000.

LHD. Sold new in the U.S.A. and delivered to Texas on 12th May, 1967. Its second owner from Tallahassee bought the car in 1979 and it remained part of a private collection until 2015. 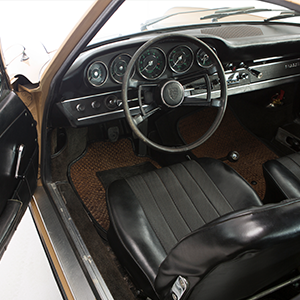 The current owner decided to have the car completely restored and it just underwent a 1,500 hours, fully documented nut and bolt restoration to better than new condition, including bodywork, cathodic dip coating bath for maximum rust protection, repaint using Glasurit products as close to the original specification as possible, all mechanic components, electrics and interior by a renownedGerman Porsche expert. Estimate: £220-240,000.