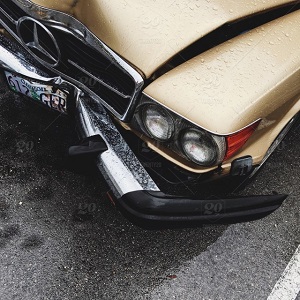 “It wasn’t my fault” said 24% of car hire drivers who claimed for damage on a hire car.

iCarhireinsurance.com, the leading provider of specialist car hire excess insurance, analysed a thousand claims made during 2016, and found that 24% of claimants said the damage was not their fault. It also found that Saturday 2 July was the day you were most likely to damage your hire car in 2016.

Returning to a parked car and finding it scraped, scratched or damaged accounted for 42% of these ‘not my fault’ claims, demonstrating that it does not matter how good a driver you are, a simple visit to the supermarket can result in someone scratching the car with their trolley (12% of hire cars were parked when the damage happened).

Other ‘not my fault’ excuses included a collision with an animal; vandalism or theft; and the hire car having pre-existing damage in the hirer’s opinion i.e., when damage was not recorded on the rental company’s check-out sheet but the hirer insists it was already there when they collected the hire car.

Damage, which was the hirer’s fault, included general collision and accidental damage which accounted for 42% of the claims; and damage (11%) to the hire car’s tyres, windscreen or undercarriage.

Many car hirers are unaware, until they collect their hire car, that in the event of damage or the car being stolen they are liable for excess charges of up to £2000.  At this point, unless they purchase excess protection from the rental-desk, they are left exposed. These policies are usually expensive, approximately £22* a day and limited in scope, often not covering tyres, windscreen or the undercarriage.

iCarhireinsurance.com’s car hire excess insurance policy costs from £2.99 a day, or £39.99 for an annual policy and its parent company, Halo Insurance Services Ltd, is FCA regulated.

Ernesto Suarez, CEO and founder of iCarhireinsurance.com, said: “If you damage a hire car, the rental company has no interest in whether it was your fault or not, you’ll still be liable for the cost to make-good the damage.  Hire car companies decide themselves how much to charge for damage, so even minor damage can often end up costing hundreds.

“It pays to protect yourself against hire excess figures with a specialist car hire excess insurance policy, like iCarhireinsurance’s, whilst also saving money at the rental desk,” he said.