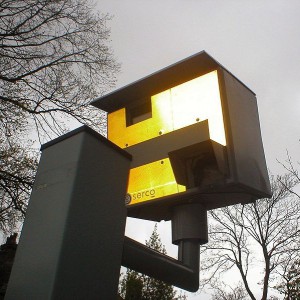 FLASH: ‘Super-camera’ (not shown) rolled out

Natali Farrell, of Just Motor Law, believes the ZenGrab LaneWatch Mk2 cameras will lead to thousands of convictions for minor offences such as momentarily parking on double-yellow lines while dropping off deliveries.

Her concerns come after it was revealed the new super-camera snapped more than 1,000 offences in just two weeks, compared to 271 over a whole year with the conventional Gatso camera.

The ZenGrab features two lenses and night visions, and councils across the country are already rolling them out.

Ms Farrell said: “The sheer fact that those who drive for work spend the vast majority of their week on the road means that they are already vulnerable when it comes to being caught for minor contraventions.

“These super-cameras, which are capable of documenting so many more offences, put drivers at even greater risk of being prosecuted, unaware that they are falling foul of the law.

“For most drivers these cameras will increase stress and driving pressure, but for those who drive for work purposes, the effect will be tenfold, as they will be painstakingly aware that a few wrong moves could lead to their licence being lost, putting their job in jeopardy as a result.”

Common driving offences that the ZenGrab can spot include entering a yellow box junction, making banned turns, driving in a bus lane, briefly stopping in a loading bay and passing a no-entry sign.