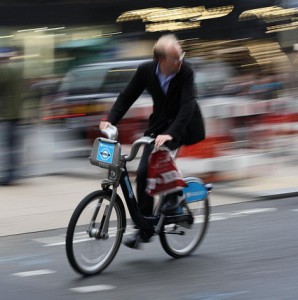 Safer roads for cyclists are vital, the Royal Society for the Prevention of Accidents (RoSPA) have insisted, after figures showed an alarming 10% rise in cycle deaths.

Department for Transport figures have revealed overall road deaths fell by 8% in 2012, but the number of pedal cyclist deaths rose by 10% to 118.

The number of cyclists seriously injured on the road also rose – for the eighth year in a row – to 3,222, with the shocking figures attributed to an increase in cycling uptake.

RoSPA claim that the government must provide greater provision in cyclist training and better driver awareness, as well as safer roads.

Kevin Clinton, Head of Road Safety at RoSPA, said: “The good news of a large drop in road deaths in 2012 is marred by an increase in cyclist deaths, especially among child cyclists which is particularly worrying.

“We need to redouble our efforts to make sure that cyclist deaths and injuries are reduced as the popularity of cycling increases.

“It is vital to create a coherent safe network for cyclists by introducing appropriate cycle lanes, linking quieter streets, developing routes alongside rivers, canals and through parks where possible, and introducing more 20mph schemes in our towns and cities.

“As well as boosting the provision of cyclist training and trying to make the roads safer for cyclists, we also need to hammer home the message to drivers to keep their speed down, watch out for cyclists and give them enough room on the road.”

The number of motorcyclists killed fell by 9% to 328, while the number seriously injured decreased by 5% to 5,000.

However, motorcycle traffic also fell by 2% during 2012.

Image courtesy of Scotticus_, with thanks.