Mazda And Mitsuoka Return To The Motor Show 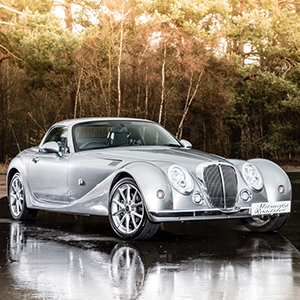 After seeing great success in 2016, TW White & Sons is returning to the London Motor Show in Battersea Park from 4th to 7th May 2017.

When exhibiting at the inaugural event, the Mazda and Mitsuoka dealer showcased its bestselling models, including the Mazda MX-5, CX-5, CX-3 and Mitsuoka Roadster creating further awareness of the TW White & Sons name and locations, all within a 35-minute drive of the show.

Neil White, Managing Director, said: “When we attended the show last year, we found that it was very customer and family friendly and like taking part of our showroom to an offsite product display with over 25,000 captive people.

“The mix of dealers and manufacturers meant the cars were the stars of the show, while the environment meant customers were not overwhelmed and felt comfortable dealing with professional sales executives, who all spent the time with them to fully understand their needs.”

Following the show the dealer sold 12 cars across its Surrey, South London and Kent sites – eight new Mazdas, four of which were to customers who would not previously have considered Mazda, and two Mitsuoka. In addition, during the event itself they also sold two used Mazdas.

Neil, continued: “In addition to the strong sales on the back of the show, we still have on-going leads from last year who are looking to purchase in the next couple of months. After our sales success and subsequent excellent return made on the 2016 London Motor Show, it was a no brainer to sign up for this year.”

In 2017, TW White & Sons will be displaying a range of cars including the new Mazda MX-5 RF, while also promoting its new Mazda site in Weybridge, which will also cover Kingston and South West London.

Alec Mumford, Chairman of The London Motor Show, said: “It is great to hear success stories such as this from our inaugural show, demonstrating that the atmosphere we have created and the cliental the event attracts really helps to generate leads and ultimately sales for exhibitors. We look forward to welcoming TW White & Sons back to the London Motor Show in May.”

Tickets are on sale now from £15, with children aged 11 or under going free (two children per paying adult), and can be purchased at LondonMotorShow, where further information about the event is also available.