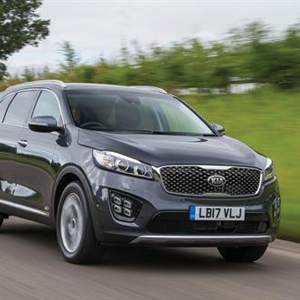 Following a busy period of sales success and important new product launches, Kia Motors (UK) Ltd. has yet more to celebrate as What Car? Magazine announce the winners of their tightly contested and intrinsically judged 2018 Used Car Awards.

After much scrutiny and competitor analysis, the current generation cee’d family hatchback was awarded ‘Best Used Family Car’ by the What Car? judges, in the 4-6 year category. The cee’d impressed with its tremendous value for money, levels of standard equipment, styling and period of remaining manufacturer’s warranty.

The Sorento, also in its latest generation, brought home the highly respected accolade of ‘Best Used Large SUV’ in the age range of 1-3 years old. Considering how competitive this segment of the market is, the Sorento had to shine through to the judges against the competition. Backing up the manufacturer’s warranty for the win were the premium touches, high tech features, excellent comfort, remarkable practicality and large amount of useable space.

That wasn’t it for Kia wins, alongside the awards for cee’d and Sorento was a ‘Highly Commended’ recognition in the ‘Best Used Car Scheme’ category. Kia’s Approved Used Car programme has sold over 50,000 units since 2010 and features benefits such as seven year warranty top up, seven day drive away insurance, sixty day exchange plan, one year European roadside assistance, first year MOT test cover, perfect mechanical condition promise and much more.

What Car? Magazine’s Used Car Editor, Alex Robbins commented on Kia’s success, “Kia’s is a particularly strong used car proposition. Not only do all of its models come with a seven-year warranty as standard, which has obvious benefits for buyers of used cars of a certain age, but impressive results in our Reliability Survey suggest its models stay the course, too. In particular, the 2012-present Kia cee’d is looking like great value in the Family Car category, and in the 4-6-year-old age group, you get the balance of that warranty plus the benefit of tremendous value. Value is something the 2015-present Kia Sorento offers, too – it’s an awful lot of car for a very reasonable price, with seven seats, a high-quality interior and loads of space, and again benefits from Kia’s long warranty; among 1-3-year-old Large SUVs, we think it’s the best.

We’re also big fans of Kia’s Approved Used Scheme. Granted, it can only be applied to cars up to a maximum of 18 months old, but those cars which are eligible get the benefit of a used car warranty topped up to seven years – meaning you could potentially own an eight-year-old approved used Kia that’s still under warranty. There’s also a year’s comprehensive UK and EU breakdown cover, and a smattering of other bonuses, which is why we ranked it Highly Commended in our Best Used Car Scheme award.”

Paul Philpott, Kia Motors (UK) Ltd’s President and CEO, commented on the brand’s win “It is with great pride that we accept these prestigious awards and recognition, we’re very pleased that two core models, both due for replacement soon, are still impressing and satisfying consumers and the media alike. This year has been a success story for new car sales and for introducing new product, launching Stinger, Stonic and all-new versions of Rio and Picanto, but this recognition is a good reminder to all that our used car offering is very competitive and successful.”