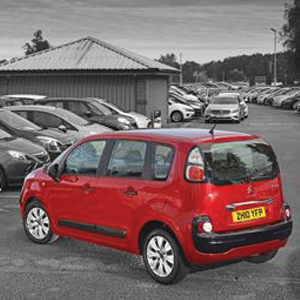 The Citroën C3 Picasso has been named ‘Best Used MPV’ in this year’s What Car? Used Car Awards. The spacious and stylish B-segment MPV also won through as the ‘Best Used MPV aged 7-10 years’.

Citroën’s C3 Picasso has fought off strong competition to win two honours in the 2018 What Car? Used Car Awards. The stylish B-segment MPV was named ‘Best Used MPV aged 7-10 years’ and overall winner as the ‘Best Used MPV’ thanks to its family-friendly practicality, comfort and reliability.

The experienced panel of judges was also impressed by the C3 Picasso’s range of efficient engines and its versatile interior, which make it such an economical and rewarding MPV to own as a used vehicle.

Alex Robbins, Used Cars Editor at What Car?, commented; “The fact that the Citroën C3 Picasso fought off strong competition from so many larger, seven-seat MPVs in this category is no small feat. But the little Citroën’s got so much going for it in the 7-10-year-old age group that it won through in the end. True, it only has five seats – but the amount of space on offer given the compact external dimensions is quite remarkable, as indeed is the versatility on offer. The airy interior and comfortable ride add further to the C3 Picasso’s case, but what really won it this award is its value. Given all that it offers, the bargain price for which these early examples can now be had makes it a truly terrific used buy.”

The What Car? Used Car Awards were revealed in a ‘virtual awards ceremony’ on Twitter last night using the hashtag #WhatCarAwards. There is a special Used Car Awards supplement in the January 2018 issue of What Car? which is available from today.