Three Cheers For Škoda As They Take Top Honours 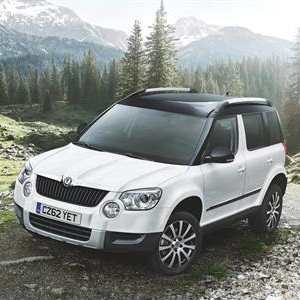 ŠKODA has proved once again that great value, reliability and practicality are a winning combination for used car buyers by scooping a hat-trick of WhatCar? Used Car awards.

The Citigo, Fabia and Yeti were all named as the best in their respective age groups – impressing the judges with their unbeatable value for money.

The WhatCar? Used Car Awards are among the most respected in the industry, and provide welcome guidance to the millions of car buyers choosing their next car. Unlike other awards, the WhatCar? accolades take into account a wide range of buyer budgets and draw on a vast database of road test findings. In addition to the 15 different classes of car – from city cars to luxury SUVs – the judging panel divided each class into age segments.

The Citigo was named the Best Used City Car in the 4-6 year old age bracket. Launched in 2012, the Citigo has won numerous new car awards since its arrival and continues to set the standards for value, comfort and equipment. Commenting on the Citigo’s award, Alex Robbins, Used Cars Editor at WhatCar? said: “”The Citigo has always been one of our favourite city cars, and these early examples now make fantastic used buys. They’re superb value, and offer a sense of quality that few rivals can offer. Throw in the Citigo’s impressive showing in our Reliability Survey, and it’s easy to see why the Citigo makes so much sense in our 4-6-year-old City Car age group.”

Further up the size scale, the Fabia was also a winner – named Best Used Small Car in the 1-3 year old age bracket. A former WhatCar? New Car of the Year, the Fabia impressed the judging panel with its remarkable value for money, generous equipment levels and broad range of engines. “The Fabia is one of the most spacious small cars out there, and it’s impressively well equipped, too.” said Alex Robbins. “It’s also a delight to zip around town in, yet out on the motorway it does a commendable impersonation of a much bigger car, with comfort and refinement aplenty. No wonder it topped the tables in our 1-3-year-old Small Car age group.”

Completing ŠKODA’s triple crown of accolades, the Yeti was named the Best Used Small SUV in the 7-10 year old age bracket. As with ŠKODA’s other awards, the Yeti was singled out for its value for money and practicality. Alex Robbins said: “Compared with its rivals, the Yeti is great value and well equipped, and you get a choice of a great range of efficient engines and well-equipped trim levels. And of course you get a heap of space and versatility, too, thanks to that vast boot and clever tumbling rear seats. As 7-10-year-old Small SUVs go, we reckon it’s hard to beat.”

ŠKODA’s latest used car awards add to a growing collection that highlight the long-term value for money that the brand’s models deliver. The Yeti has won three key awards for its performance on the used car market, including Used Car of the Year by Auto Express magazine earlier this year.