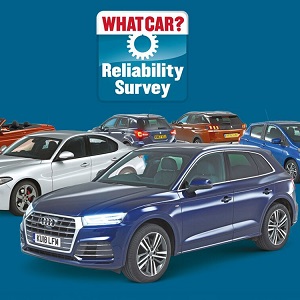 Japanese cars remain the most dependable, according to the results of the latest What Car? Reliability Survey.

Four out of the top five most highly ranked vehicles are from a Japanese brand, with the top two, the Toyota Yaris and the Suzuki Sx4 S-Cross, coming joint first, having both received 100% reliability scores.

Suzuki tops the overall brand reliability rankings for cars up to four years old, while the Nissan Leaf is the highest ranked electric vehicle, coming third in the overall model table.

Most reliable cars in the What Car? Reliability Survey 2018:

The What Car? Reliability Survey 2018 reveals ratings for 159 models spanning 31 brands. Overall, around 30% of the 18,284 survey respondents with cars less than four years old said their car had suffered at least one fault in the past 12 months.

Steve Huntingford, editor of What Car?, said: “Reliability is a huge consideration for any prospective car buyer, as your car is likely to be your second biggest monthly expense after mortgage or rent payments. You want your car to last and you don’t want to have to fork out huge amounts to fix faults and keep it running.

“Our annual survey has shown that it is Japanese models that continue to dominate the top of the reliability rankings, both for car model and brand rankings.”

At the other end of the scale, the Tesla Model S and Land Rover Range Rover* didn’t fare as well, coming bottom of the model rankings with a reliability score of 50.9% and second to last with 67.3% respectively.

Least reliable cars in the What Car? Reliability Survey 2018:

As well as checking the reliability of a car model before purchase, buyers can also ensure they are getting a fair deal for their money by checking the What Car? Target Price for their chosen vehicle.

Responding to the results of the survey, a Tesla spokesperson said:

“Only 28 Model S owners responded out of a total of 18,000 car owners surveyed by What Car?. That’s less than 0.3% of UK Tesla owners, so this survey is statistically meaningless. The results of this survey are also at odds not only with our internal figures showing customer satisfaction scores for Model S and X at well over 90%, but with statistically valid surveys like our Net Promotor Score and Consumer Reports customer satisfaction survey, which we’ve topped every year since 2013, with 90% of Tesla owners saying they would buy the same car again – more than any other brand. We are committed to making the world’s best cars, and in order to ensure the highest quality, we review every vehicle for even the smallest refinement before it leaves the factory. To the extent repairs are needed, the majority of work carried out on cars up to 4 years old is done under warranty and free of charge to the customer while they are supplied with a courtesy car. Unlike other manufacturers, Tesla repairs can also be carried out in a customer’s driveway or office by mobile service, or even via over-the-air updates, to minimise any disruption.”

To read the What Car? Reliability Survey results in full, visit www.whatcar.com/news/reliability-survey-2018