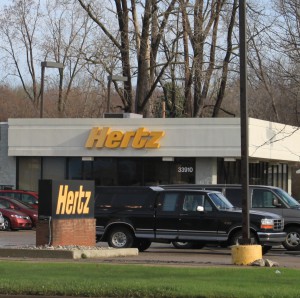 The vehicles will transport players, coaches and equipment to and from fixtures during the six-week tournament, with each nation provided with their own specially-designed van.

Hertz also provided the Trophy Tour Van which took the famous silverware across the UK over the past seven months.

The van, which is decorated with RLWC and Hertz imagery, will continue to be on the road until the start of the tournament.

“Hertz is very excited to be a part of the passion for RLWC2013 by providing specially decorated vans for the teams as well as people carriers – we will genuinely be helping to keep the tournament moving.”

Sally Bolton, Tournament General Manager of RLWC2013, added: “After seeing all the enthusiasm generated by the Hertz Trophy Tour Van on its tour around the UK, we are really pleased to now have the bespoke Hertz vans along with the people carriers to transport the players, coaches and equipment of all nations participating in the tournament.”

Due to be hosted across England and Wales, the competition will run from October 26 to November 30.