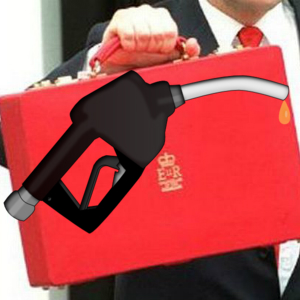 Whilst the Chancellor’s announcement to freeze fuel in today’s Budget has been welcomed by the FTA it has also expressed disappointment that he did not take the opportunity to reduce fuel duty – stating that he could have done better.

The Freight Transport Association has said that George Osborne has missed the opportunity to boost economy by introducing a reduction in fuel duty by 3 pence per litre. In its pre-Budget submission FTA told the Chancellor that a reduction would make an important contribution towards protecting the UK economy.

As part of its pre-Budget submission, FTA asked the Chancellor to consider the economic benefits that could be delivered by further development of the government’s approach to fuel duty.  The Association said that reducing road fuel duty would ease cost pressure on businesses operating commercial vehicles and stimulate economic growth.

FTA figures estimate that every penny of fuel duty costs commercial vehicle operators £120 million a year, and a 3ppl cut would have saved around £350 million a year for an industry that all British businesses rely upon.

As a founder member of FairFuelUK FTA has been campaigning for a 3p per litre cut in fuel duty. Industry currently pays around £7 billion annually in duty and an increase of just one penny would add £470 a year to the cost of running a 44-tonne truck, which would have a huge impact on transport operators.

Also included in the FTA pre-Budget submission was the need to address a continued skills shortage in the freight and logistics industry, the importance of investing in infrastructure, and highlights measures that it believes are necessary to ensure that the industry can continue to play its role in supporting the economy as it grows.