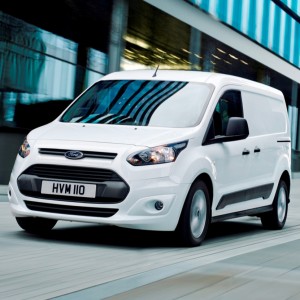 Ford have landed an impressive treble at the 2013 Association of Car Fleet Operators (ACFO) Awards – but Audi have scooped the big prize.

The Transit Connect and Transit were voted Small Van of the Year and Large Van of the Year respectively, with Ford also winning the Environmental Initiative of the Year for their EcoBoost 1.0litre three-cylinder petrol engine.

Meanwhile, Audi won Fleet Car of the Year for the first time with the A3, becoming just the fifth manufacturer in 30years to capture the honour.

The awards ceremony, which took place last night at St. John’s Hotel, Solihull, was attended by around 250 ACFO members and guests.

Damien James, Chairman of ACFO, said: “Fleet decision-makers are reliant on motor manufacturers to deliver vehicles that are cost effective to operate, safe, reliable and environmentally-friendly and supplier companies to provide a first class service.

“Operating successfully in partnership it means that through the availability of top quality vehicles and first rate suppliers, vehicle downtime can be kept to an absolute minimum and fleet managers can focus on the efficient and effective operation of their vehicles to support their businesses.”

The full results of the ACFO Awards 2013 are:

Fleet Safety Initiative of the Year

Fleet Service Company of the Year

Environmental Initiative of the Year

Small Van of the Year

Large Van of the Year

Green Vehicle of the Year

Fleet Car of the Year