Experts Encourage Motorists To Get Clear On VED Changes 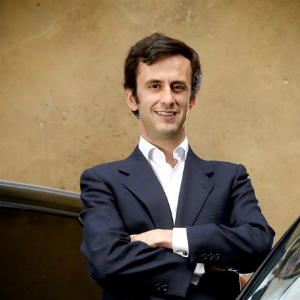 Experts warn that motorists could find themselves out of pocket with big changes coming to car tax in April.

Automotive expert hpi is urging consumers to get to grips with the incoming VED (vehicle excise duty) or face losing thousands.

From April 1, 2017, only new cars which are fully electric and cost less than £40,000 will be exempt from paying road tax – which hpi warns could be bad news for those who are looking for newer and low-emission cars, some of which currently avoid the tax.

From April 2017, there will also be a new supplement of £310 per year on cars costing more than £40,000 – even zero-emission cars will be affected. This will be payable for five years after the first year has been paid.

New tax rates will apply to all new cars which produce as little as 1g/km of CO2 or more. ‘New’ first-year payments will be introduced across the 13 bands. Those emitting more CO2 will pay more tax in the first year. After that, the annual rate of tax, no matter what the car’s CO2 emission is, becomes a flat rate of £140 a year.

In 2015, Chancellor George Osbourne announced the creation of a new road fund in his budget. The funds for this would be raised through VED (vehicle excise duty).

Currently, owners of new and used vehicles up to band D in the emissions table don’t pay any tax for the first year with those in band A not having to pay any tax for following years after that. Band D covers vehicles that pollute up to 130g/km of Co2 emissions.

As a part of the new legislation, the owner of a car registered after April this year will pay up to £130 road tax for their first year of motoring.

hpi illustrates that typically it costs £100 a year to tax a car between 76 and 90g/km, compared with £90 for an alternative fuel car in the same emissions bracket.

Fernando Garcia, (Pictured) consumer director at hpi, said: “The existing road tax system is a simple system where drivers pay more tax in line with the more carbon dioxide their car emits. Drivers whose cars emit under 100 grammes per kilometre (g/km) of CO2 are exempt from paying entirely.

“With this all about to change imminently, it’s important that drivers understand the implications. The changes have been brought in mainly because the Treasury is said to be losing out. When the outgoing system was originally drawn up, few cars emitted under 100g/km of CO2.  Engines are now much cleaner emissions-wise, so the number of vehicles qualifying for road-tax exemption has increased significantly. Basically under the new law, the more polluting the new car, the more the driver will have to pay in the first year.

“Consumers need to consider moving quickly if they want to buy a new petrol or diesel car that is exempt from road tax. Manufacturers typically take up to 12 weeks to build a new car once the order has been placed and any delay in manufacturing could see drivers who may be concerned unable to take advantage of the current system. At hpi, we would encourage drivers looking to buy a new car this quarter to check if there is a waiting list for the desired vehicle. And if buying after 1 April 2017, perhaps use the potentially higher cost of motoring as a bargaining chip during sales negotiations with motor dealers.”

hpi suggests that drivers in the market for a new car this year talk to motor dealers to fully understand how this may impact their purchase.

Added Fernando Garcia: “Drivers should remember that the 2017 VED rates only apply to a car registered on or after April 1st, 2017. Any vehicle registered before that date will use the old VED bands. As we get closer to ‘VED-day’ consumers affected or concerned should take the time to find out more from reputable car dealers to get the full picture.”