Documentary shows what it takes to keep a motorway running 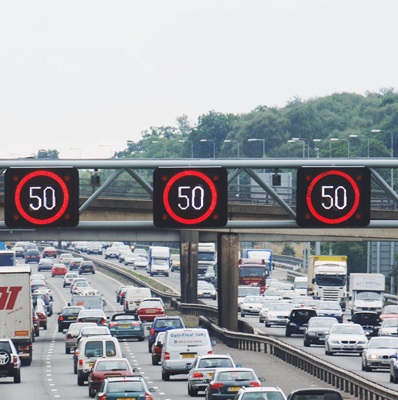 A behind the scenes documentary which airs tonight (Wednesday) at 9pm on BBC2 will give a window into the world of just what it takes to keep one of the country’s busiest motorways open, sometimes against all odds.

The BBC2 documentary ‘The Motorway: Life in the Fast Lane’ will show the weird and wonderful things that can and do happen regularly on the M6 motorway in the Midlands and will run for four weeks.

The Highways Agency gave camera crews from The Garden Productions unprecedented access to follow its staff and partners Amey, Skanska, the Central Motorway Police Group and the Driver and Vehicle Standards Agency over six months which included the storms and torrential rains of last winter.

The result is a four-part series chronicling the tireless work that goes into dealing with everything from life and death situations to collecting bizarre items of litter, all against a backdrop of safely delivering millions of pounds of investment in England’s strategic road network.

Chief executive of the Highways Agency, Graham Dalton said: “Motorways are loved and often, to be fair, loathed by drivers throughout the country, but the nation and the economy couldn’t survive without them.
“I think it’s important for us to show just how taxpayers’ money is spent on the strategic road network and at the same time answer all those burning questions drivers have about what happens on motorways like the M6, which play a major role in all our lives.”

While ‘The Motorway: Life in the Fast Lane’ focuses on the work of the Agency on the M6, primarily in the Midlands, many of the scenarios are common to every motorway in the country.

Tune in tonight at 9pm on BBC2 for the first episode to see what goes into maintaining the M6 – from workers negotiating live lanes of fast moving traffic, to crews toiling through the night to replace the road surface – and how this affects local residents.