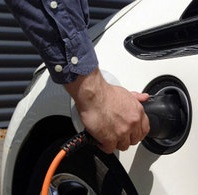 More than £9million is being pledged to boost the number of electric vehicle charging points, Deputy Prime Minister Nick Clegg has announced.

Launching the Go Ultra Low campaign, Mr Clegg revealed him aim for the UK to become the world leader in electric vehicles.

Mr Clegg said: “Electric cars are one of the most promising of our green industries and we want to secure the UK’s position as a global leader in both the production and adoption of these vehicles.

“The extremely low running costs of electric cars help drivers save money and we are allocating more than £9million to boost chargepoints across the country to help drivers to go green.

“This means we can lower UK emissions and create high-tech engineering and manufacturing jobs to boost our economy.”

Mike Hawes, Chief Executive of the Society of Motor Manufacturers and Traders (SMMT), added: “This is a significant development as government and some of the country’s leading automotive brands pool resources to fund a campaign that will raise awareness of the benefits and capabilities of these new technologies.

“The Go Ultra Low campaign will help the public understand how these new cars work and how they could be a perfect fit for their personal, business or fleet needs.

“Given the importance of running costs and environmental performance to new car buyers, we hope the campaign will encourage more people to consider going ultra-low.”