Carmakers overselling official fuel-efficiency by up to 30% 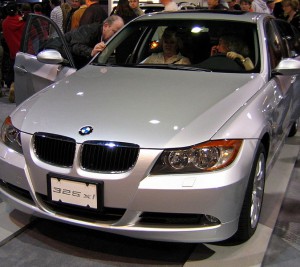 MISLEADING: BMW one of worst offenders

Carmakers are overhyping fuel-efficiency by up to 30%, a study has shown – costing the average driver an extra £500 in fuel every year.

Luxury German vehicles are the worst offenders, with BMW, Audi and Mercedes misleading consumers by the biggest margin.

BMW reported emissions figures for its vehicles at 30% lower on average than found in reality, with Audi at 28% and Mercedes at 26%.

Citroen (16%) and Toyota (15%) also had a wide disparity between handbook and real-life; a difference costing the average driver an extra £250 in fuel per year.

The findings – based on almost 500,000 private and company vehicles across Europe – add pressure for reform of the EU’s vehicle testing procedures.

Carmakers have been found to use laboratory test tricks to lower fuel use, including deploying high-traction tyres and unrealistically smooth driving surfaces.

European Parliament legislators have said a tougher testing procedure should be introduced by 2017, but some member governments are seeking a three-year delay.

However, any legislative change could make it more difficult for manufacturers to meet the new EU CO2 vehicle emissions target of 95g/km, proposed for 2020.

Image courtesy of AudeVivere, with thanks.