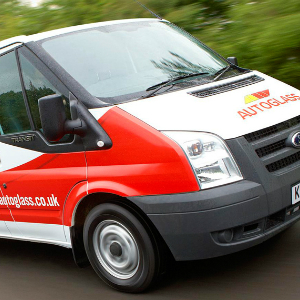 The adoption of Advanced Driver Assistance Systems (ADAS) in UK fleets is accelerating but the industry’s knowledge is struggling to keep up with the pace of change, according to new research from Autoglass®.

A survey of 250 British fleet managers found that just over a third (34%) of the vehicles in car and van fleets have some ADAS-enabled safety features, such as autonomous emergency braking and lane deviation warnings. 29% of all car fleets and 40% of all van and light commercial fleet vehicles are estimated to be ADAS-enabled based on the research findings.

Managers responsible for ADAS-enabled car and van fleets see the biggest benefits of the technology as improved driver safety (47%), followed by a reduction in accident and repair costs (23%). This echoes extensive industry data which indicates that autonomous breaking, for example, can reduce accidents by up to 40%.

However, with the rapid introduction of the technology into fleets there remain practical challenges to overcome so that the full benefits of the technology are realised. 27% of fleet managers acknowledge a lack of awareness about how the technology works as their biggest challenge. Meanwhile, 16% say they face challenges with drivers choosing to switch off ADAS-enabled safety feature due to annoyance.

Worryingly, 20% of ADAS-enabled car fleets and 15% of van fleets admit that they do not include ADAS calibration as part of their checks during vehicle repair and maintenance (17% overall). Some vehicle manufacturers state that the cameras and sensors the systems rely on to operate need to be calibrated following a windscreen replacement, to ensure they are functioning properly.

If a camera is misaligned by as little as one degree, the system can fail to detect and analyse driving conditions correctly in order to warn drivers about potential hazards or take corrective actions such as autonomous emergency braking.

“The pace at which ADAS is being taken up by UK fleets is incredible, even taking in to consideration that commercial fleet vehicles are on average much newer than vehicles across UK car parc as a whole. As recently as 2015 just over 2% of windscreen replacements performed by Autoglass® needed ADAS calibration but this figure continues to rise dramatically.

“The aftermarket has a crucial role to play in supporting commercial fleets who have introduced ADAS into their vehicles and ensure they are getting the correct advice about calibration. Our findings that 1 in 6 car and van fleet managers are not building ADAS into their maintenance and repair schedule is worrying enough, but we believe this figure is probably higher in reality due to assumptions that it is included in standard checks, which is not the case. Our own primary research last year identified gaps in expertise across the market, which we have been working with partners such as Thatcham and Brake to address and will continue to work to raise awareness.”