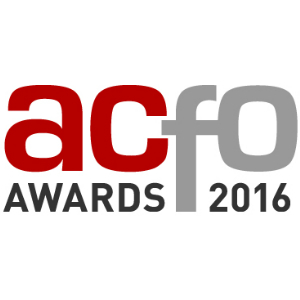 Nominations have opened for members of the UK’s premier fleet decision-maker organisation to recognise the top vehicles, initiatives and suppliers’ products and services in the industry.

Once again the awards dinner, which is traditionally attended by almost 300 people is being held at the St John’s Hotel, Warwick Road, Solihull, Birmingham.

The ACFO Awards are being held for the 33rd consecutive year and they enable both members and non-members to initially nominate the very best in their opinion across seven categories:

-Fleet Service Company of the Year

-Environmental Initiative of the Year

-Fleet Safety Initiative of the Year

-Green Vehicle of the Year

-Small Van of the Year

-Large Van of the Year

-Fleet Car of the Year

Nominations can be made online at http://www.acfo.org/awards/nominate by 9th September. Once the nominations list has been compiled, ACFO members only will then be asked to vote for their winner in each of the categories.

Meanwhile, table bookings, as well as details of Awards’ sponsorship opportunities, can be made by contacting ACFO on 01865 342102, via email info@acfo.org or through the ACFO website www.acfo.org.

While the focus of the evening is the announcement of the 2016 ACFO Awards’ winners, the event also provides an ideal opportunity for individuals to network, strengthen business relationships and share ideas in relaxed surroundings.

The charity partner at this year’s Awards evening is the 401 Challenge. It sees runner Ben Smith attempting to run a world record 401 marathons in 401 consecutive days around 309 locations in the UK. He has to date completed almost 300 marathons and covered around 7,500 miles. His aim is to raise £250,000 to support charities Stonewall and Kidscape whose work includes supporting anti-bullying initiatives in UK schools and society.

The evening’s guest speaker will be “stand-up historian” Bill Callaghan, a Yeoman Warder at the Tower of London.

“Money raised through sponsorship and ticket sales is vitally important to ACFO as it help funds the work of the organisation through the year, including our popular seminar programme.

“Since launching the Awards in their current format, we have seen attendance increase year-on-year and we anticipate another sell-out and an exciting night as we name the top suppliers, best initiatives and best company vehicles in the view of ACFO members in 2016.”

Who will you be voting for?