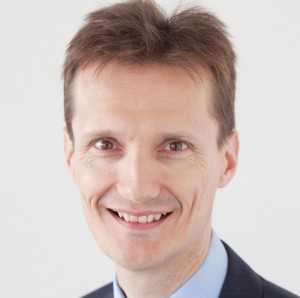 The Association of Car Fleet Operators (ACFO) have appointed Damien James as their new 2013/14 Chairman, with Caroline Sandall replacing him as Deputy Chairman.

Mr James, Head of Operations at Bracknell Forest Council, was unanimously elected by the ACFO board to replace Julie Jenner, who has stepped down after seven years.

Ms Sandall, Manager at Barclays Bank, has 18 years’ fleet decision-maker experience and was elected to the board in 2012.

Mr James, who joined the ACFO board three years ago, said he is looking forward to the role.

“Becoming chairman is a really exciting opportunity for me and marks the highpoint of my career with ACFO,” he said.

“Over the years I have found the knowledge and experience of fellow ACFO members tremendously helpful in assisting me in managing a fleet, and through my work as chairman I hope I am able to return that assistance and help other fleet decision-makers.

“A key priority for me is to increase ACFO’s membership, particularly among employees who, like me, have part-time fleet management responsibility within a wider job brief.

“ACFO offers members’ tremendous value for money through an array of benefits including regional meetings, networking opportunities and access to a wide range of knowledge and experience, and to that list can be added an increase in the number of seminars and conferences we organise on key fleet topics.”

Ms Jenner, who was re-elected to the board by ACFO members at the organisation’s recent AGM, steps down from the chairmanship having been first elected in 2006.

She will take on a key role that will see her work to strengthen ACFO relationships with a range of external agencies.

They include a range of government departments, alongside the likes of the Freight Transport Association (FTA) and the Institute of Car Fleet Management (ICFM).

Additionally, Ms Jenner will look to cement relationships with the British Vehicle Rental and Leasing Association (BVRLA) and the Society of Motor Manufacturers and Traders (SMMT).

Ms Jenner said: “ACFO board members’ work is voluntary and it has to be combined with full-time jobs.

“In recent years the scope of ACFO’s work has expanded and developed which is why the post of deputy chairman was created last year with other board members taking on key roles and responsibilities to ease the chairman’s workload.

“Succession planning is vital in all organisations and ACFO is no different.

“After seven years as chairman I feel that now is the right time to step down.

“I thank the members for re-electing me as a director and I will use that position particularly to continue to build ACFO’s relationships with external organisations.

“The fact that the board’s workload is increasing is reflective of a vibrant and forward-thinking organisation that is playing a major role in fleet-related decision-making at the highest level.

“We are frequently asked to provide – both formally and informally – views on a wide range of issues to government and we work with many other organisations on formulating responses pertaining to an array of fleet matters.

“Essentially that will be my role moving forward, while relinquishing the wide range of day-to-day responsibilities that the chairman has to handle.”

“If we deliver further benefits to the existing membership through the website and increase our seminar programme then we can attract new members to ACFO.

“ACFO’s leadership offers members a wide range of public and private sector fleet manager expertise and, in addition to pure vehicle management and strategy; it includes vendor management, long-term planning and maximising opportunities in the market.”

ACFO is a non-profit making organisation, representing the interests of businesses which operate cars and vans as part of their normal commercial activities.