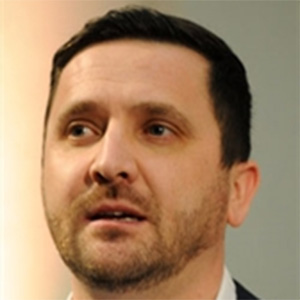 After your house, your car is probably the most expensive thing you’ll ever buy. And like your home, you’ll probably want to look after it as best you can.

That means driving diligently, parking sensibly and keeping it as safe and secure as possible. All of these things are, to a degree, within your control and can be affected by your actions. But there is one vehicular menace that often strikes when you least expect it and when nothing can be done – potholes!

FleetPoint are fighting the good fight with their Pothole Reporting tool which allows you to report potholes and any other road faults direct to the Street Repairs team but potholes are currently responsible for an estimated 33% of all damage caused to motor vehicles.

They can vary in size – from tiny tennis ball-sized chips to huge medicine ball-sized chasms (and sometimes even bigger) – and because they’re usually found in the middle of the road, there’s seldom much you can do to avoid them. At slow speeds their impact is reduced but at any kind of rate, the damage they can do is magnified.

Currently, it is estimated that there is around 295 square miles of potholes in the UK. To put this in perspective, that’s about twice the size of the Isle of Wight. All of this huge surface area is wearing trim, putting strain on suspension and scraping bumpers on countless cars across the UK.

In 2013 alone, over 40,000 drivers claimed for damages caused by potholes. That’s not to mention the thousands more whose cars have been damaged without them realising, as well as all the damage that remains unclaimed. Add to this the increased impact of one of the worst and wettest winters ever recorded and you’re looking at larger numbers next year. It’s estimated that the damage caused by potholes is responsible for around £12 billion of damage a year. That’s a seriously frightening number.

According to the RAC, there is a £10 billion backlog for road maintenance in the UK, caused largely by a lack of funding. The problem with potholes is also that they get exponentially worse. Meaning that a road with no potholes needs little maintenance, but once they appear, they grow and spread quickly. With a significant backlog, potholes can quickly become a serious problem, which is where we find ourselves today.

Obviously these are tough times financially for many local councils, who are directly responsible for fixing the problem. Belts have been tightened and judgement calls made about where savings can be made. However, it seems like the road surface was perhaps not one of the most forward-thinking areas to make these cuts.

Thanks to pressure from motorists, organisations such as the RAC, insurers and the Local Government Association, the government has finally promised to do something about it.

One solution is to use new technology that can deal with potholes in a faster and more cost effective manner. One such development is ‘The Dalek‘, currently being trialled in Bedfordshire. ‘The Dalek’ works by a computer system scanning the ground and assessing where work needs to be done. The information is then relayed to an arm suspended from the truck, which fills the hole with gravel and tar. It’s thought to be around 30 times faster than conventional methods and can be operated from the cab of the truck.

Until these new technologies can be wheeled out across the country, drivers are left facing the prospect of more damage to their cars. So, be careful on those roads – potholes can be dangerous and very expensive.

Mark King is Marketing Manager at Benfield Motor Group – an independently owned family business founded in Newcastle upon Tyne in 1957.