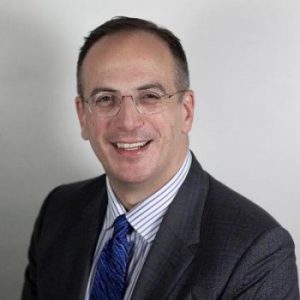 In a significant win for the roadside rescue and recovery industry, Roads Minister Michael Ellis MP today (23 July 2019) announced that the Department for Transport would be reviewing the evidence base for the benefits of recovery operators being permitted to use red flashing warning beacons, instead of the amber warning beacons current legislation allows. The announcement occurred during a Westminster Hall debate led by Tracey Crouch MP.

The review into the evidence base for red lights follows a 10 month-long push for recovery operators to be able to use red lights led by the Campaign for Safer Roadside Rescue and Recovery(CSRRR). The Campaign has been spearheaded by Sam Cockerill, whose partner Steve Godbold was hit and killed as he recovered a vehicle on the hard shoulder on the M25 in September of 2017.

Sir Mike Penning MP, who chairs the All Party Parliamentary Group (APPG) on Roadside Rescue and Recovery, said: “It is right that the Department for Transport are conducting this review. As chair of the APPG, I have heard evidence from groups throughout the industry. Allowing recovery operators to use flashing red lights has widespread support. I hope the Government will continue to listen to the industry throughout the process.”

Sam Cockerill, whose partner Steve Godbold was hit and killed as he recovered a vehicle using amber lights, was in attendance at the debate: “Today was an important day. Following Steve’s death I have sought to work to make sure that no one has to go through what I went through; I am convinced he would still be today if there was a red flashing warning beacon displayed on his vehicle. I know that there is a way to go yet in this fight, but to see the cogs of government beginning to move means a lot to me.”

Tracey Crouch, Sam Cockerill’s MP, commented: “I am pleased that the Department for Transport has announced this evidence review today. I became involved in the campaign after meeting my constituent Sam Cockerill whose partner Steve Godbold was tragically killed while recovering a broken-down vehicle on the hard shoulder. There are a number of reasons why this policy change seems intuitively sensible, but the fact that the colour red has an enhanced psychological impact on road users makes this an absolute no-brainer.”