Failure to wear a seatbelt could result in penalty points as well as fines, under new plans to reduce the number of deaths on the UK’s roads. 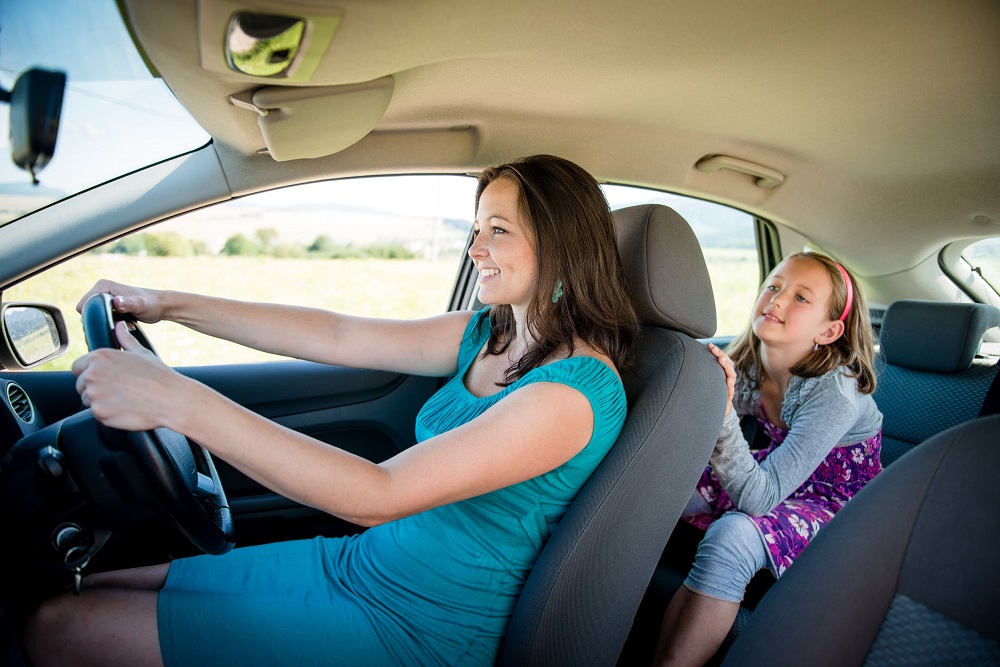 Not wearing a seatbelt could bring 3 points as well as a fine.

Increasing penalties for those who do not strap themselves in is being considered as one of the 74 actions to improve road safety published by the Department for Transport today (July 19). Currently, offenders are given a £100 on-the-spot fine.

In 2017, 27 per cent of car deaths involved people that were not wearing a seatbelt – meaning one in four car deaths could have been prevented by belting up.

Transport Secretary Chris Grayling said: “The UK has some of the safest roads in the world, but we are not complacent and continue to look at how we can make them safer.

“Today’s action plan is a key milestone in our road safety work and sets out the important steps we are taking to reduce the number of people killed or seriously injured on our roads.”

The Department for Transport is also considering the report from the Parliamentary Advisory Council for Transport Safety (PACTS) on seatbelt use. This report analyses which drivers and passengers are least likely to wear seatbelts, what prompts their behaviour and which interventions would be best to reduce the number of casualties.

Road Safety Minister Michael Ellis said: “Far too many people are not wearing a seatbelt while traveling in a car, needlessly putting their lives at risk.

“Increasing penalties for people who disregard the simplest of way of protecting themselves is just one of a long list of actions this government is taking to help keep people safe on our roads.”

A Rural Road Users Advisory Panel will also be set up to explore how to boost road safety in rural areas, particularly improving roads and traffic signs, and issues around speed limits and enforcement.

The action plan is designed to improve road safety for people at every stage of life – from birth to old age. This includes:

The action plan builds on a number of projects in the Road Safety Statement, published in 2015, which saw increased enforcement for drug driving, and doubling penalties for using a handheld mobile phone at the wheel.

In other road safety measures, the government is currently consulting on banning tyres aged 10 years and older from buses, coaches, minibuses and lorries. If proposals are supported, new laws could be introduced later this year, ready to come into force early 2020.

Commenting on today’s (19/07/2019) government announcement that it intends exploring the issue of graduated driver licensing as part of an attempt to make young drivers safer, GEM road safety officer Neil Worth said: “Graduated driver licensing (GDL) adds that all-important intermediate element between learner and full licence holder, and allows new drivers to build up their skills and experience over a period of time, using clearly-marked stages.

“Where versions of GDL are already in place, the reduction in young and novice driver collisions has been remarkable. For example, research from TRL shows that 16-year-old drivers in the USA who learnt to drive through GDL systems 15 years ago had 37 per cent fewer crashes than those who followed other systems.

“Elsewhere, following the introduction of GDL in New Zealand, injuries from road traffic collisions reduced by almost a quarter for 15- to 19-year olds.

“GEM believes a graduated driver licensing system should be implemented across the UK without delay, and should include the following key components:

Des Morrison, Director Police & Public Sector Contracts at DriveTech said: “We welcome the recent announcement of a forthcoming review of roads policing. It is well known that all public services are under resource pressure and it is evident that roads policing has faced significant resource challenges, with less visibility and prioritising of roads policing.

Shining a lens across all aspects of enforcement, gaps and what works most effectively in preserving road safety can only be positive.

We are now experiencing an increase in KSIs (killed and seriously injured) and an average of 5 deaths each day is five too many. Hopefully the review will point up best practice, encourage new initiatives and consider what we can learn from the best of Europe.

DriveTech are fully supportive of the review and are equally proud of how, together with our policing colleagues, we work in partnership to educate motorists and work to keep our roads safe”.

However, a different view comes from Mike Brockman, the former CEO and founder of insurethebox who says: “Limits on passengers is a good idea but night-time curfews kill.  If you put young drivers under time pressure to get off the road by a certain time, the high probability is that they will speed and we know the consequences of speeding. Or they end up stranded, unable to drive to get home.  These proposals are poorly considered, discriminatory and impractical.  Not all young drivers behave the same way, there are major differences in behaviour between male and female drivers yet these changes could be wholesale.

“We know that telematics insurance works in supporting young driver safety and can indeed work for all drivers.  The UK Government needs to take a closer look at road casualty figures.  The road casualty figures show casualties amongst the youngest motorists have fallen by 35% compared to 16% for more experienced drivers[ii] since 2011.  And that can largely be attributed to telematics insurance.

“At the root of these proposals is a lack of understanding of what technology can do and has done to protect young drivers.  We would welcome the Government to engage with the insurance sector and technology providers to understand what the industry has learnt about young drivers and what motivates them to modify behaviour rather than resort to these draconian and ill-thought out measures.”