Motorway speed limit should be raised to 80 mph

The Department for Transport (DfT) have been conducting a study focusing on traffic speed and movements, the statistics released aren’t really a shock to anyone – over 50% of motorists exceed the 30mph speed limit for example, but the outcome of that study is somewhat of a surprise result. 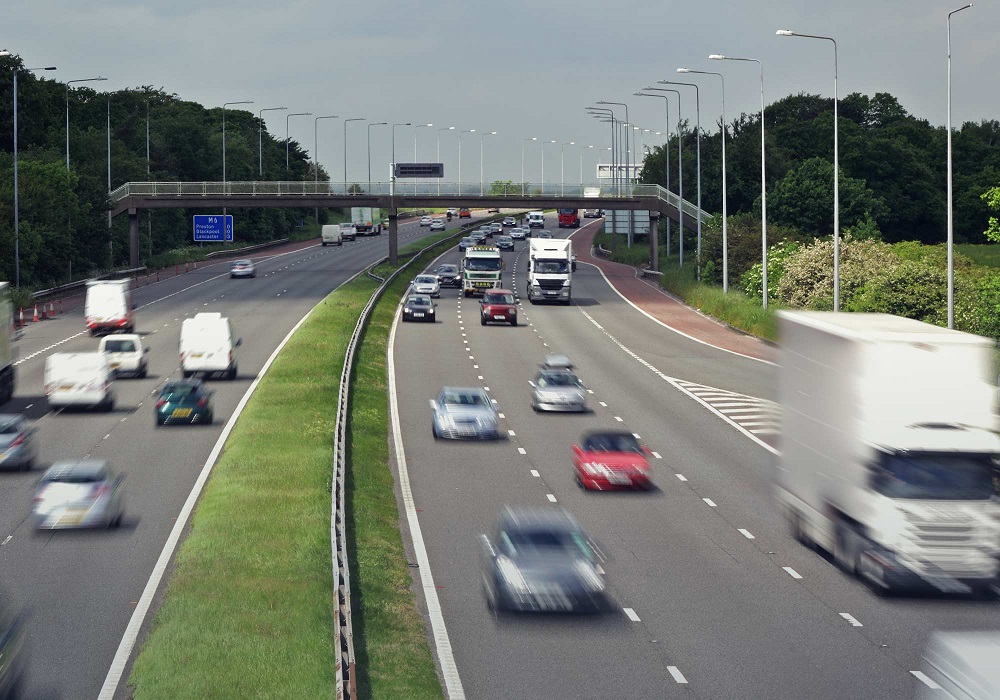 The DfT have been using automatic traffic counters (ATCs) across 102 different sites, that have registered 655 million vehicles since they’ve been installed. The ATCs measure the number of axles, axle spacing and the length of the vehicle to identify the category of vehicle, and all statistics are taken from these counters – there’s no bias from those driver’s that don’t self-identify.

These counters tell us that 53% of UK motorists speed in 30mph zones, that’s for all categories including buses (the assumption is made that ‘speeding’ consists of anything above the posted limit), but only 47% of drivers speed on a motorway (with another assumption that road works or congestion have been factored in to the results).

While the motorway stats may be somewhat of a surprise, with many motoring groups expecting that number to be higher, that still isn’t the good surprise.

Not only that, but there was a ‘statistically significant’ improvement in road safety, which is thought to be as a result of drivers making less risky overtaking manoeuvres of the slower vehicles, and it’s that statistic that has led to calls for an increase for motorway speed limits, from 70 – 80mph.

Jim O’Sullivan, Highways Agency CEO said that the speed limit on some motorways could safely be raised to 80mph, AA president Edmund King has stated “Driving at 80mph at an appropriate distance form the vehicle in front, in a modern car in good weather on a decent motorway is probably safe. Driving at 50mph tailgating the car in front is never safe”, and Liz Truss MP, potential cabinet member under Boris Johnson’s govt has said that an 80mph limit on motorways would boost productivity.

However, the news isn’t all positive – head of roads policy for the RAC, Nicholas Lyes has said that raising the speed limit to 80mph would ‘send out the wrong message’, and that it’s too risky as a great many drivers already exceed the 70mph limit.

It could be argued that a speed limit set all the way back in 1965 has no bearing on today’s vehicles – handling, suspension, brakes and driver aids have all improved significantly since the 60s; let’s be honest, the majority of cars and trucks back then were almost reaching their top speeds, but conversely, motorway traffic has increased significantly since the 60s – in 2013, there were 76,700 vehicles for each mile of motorway per day.

Between 2003 – 2013, the volume of traffic on motorways alone grew by nearly 10%, there are no statistics for 1965, although overall vehicle miles for the country are available – approximately 100 billion vehicle miles for the UK in 1965, compared to 303 billion in 2013. Not only are there more vehicles on the roads, but we’re using the roads more.

While raising the speed limit to 80mph would bring us inline with many EU states, and Howard Cox from campaign group FairFuelUK believes it the right thing to do – “It’s high time that limits are increased to match those in all EU states, where it’s safe to do so. The positive benefits to the economy, travel times and driver stress will be substantial”, it must be noted that any official increase could potentially cost billions as new signage, processes and education would be needed.

A common-sense approach could be as simple as keeping the 70mph limit, but without fear of prosecution for those motorists travelling at 80mph.