Is it time to put the Highway Code on the National Curriculum? 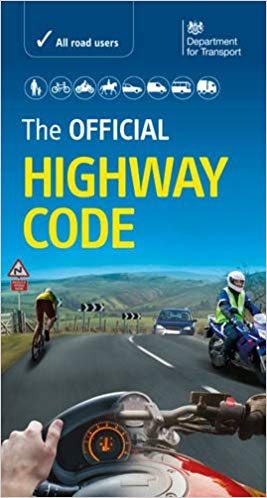 The Department for Education has been urged to add the Highway Code to the post-16 curriculum, to improve knowledge among new drivers and reduce road casualty rates.

Motoring specialists from LeaseCar have called on the UK government to include the Highway Code as part of sixth form general studies lessons, so that British teenagers can gain some more practical life skills while studying for their A levels.

All post-16 pupils are road users as pedestrians or passengers in cars, taxis or on buses and many will consider taking up driving lessons after their 17th birthday.

So driving experts have called for a change to the curriculum at colleges and sixth forms, which would see the Department for Transport’s official handbook added to reading lists.

Comprehensively covering everything from road crossings and the meaning of signs, to driving technique advice and what to do in adverse weather conditions, the Highway Code has been the official guide to using the UK’s roads safely and legally for over 80 years.

General studies lessons have been identified as the most appropriate and inclusive setting for learning the rules of the road and youngsters’ understanding could be tested straightforwardly in exams.

It is hoped the move would lead to a generation of wiser and safer road users, whilst new drivers would have an immediate head start and potentially face lower insurance premiums once they pass, if education has a positive impact on traffic incident rates.

The Highway Code itself states that around five people are killed and approximately 60 are seriously injured daily, on average, on British roads, emphasising the importance of thoroughly understanding relevant laws and good practice.

Young drivers are often also stereotyped as ‘boy (or girl) racers’, but the specialists have argued that negative, aggressive and possibly dangerous driving styles and habits would be discouraged if teenagers were armed with better knowledge when they first get behind the wheel.

Tim Alcock of LeaseCar.uk said: “Safety should be the top priority for all road users and the most effective way to improve safety on British roads isn’t through punitive measures, but education.

“Capturing the minds of teenagers before they move out of the family home or get behind the wheel for the first time could see a significant improvement in new drivers’ standards and all road users’ safety.

“That’s why we’re calling on the Department for Education to arm youngsters with more of the practical knowledge they need out in the real world, by introducing the official Highway Code to general studies lessons at colleges and sixth forms across the UK.

“Everyone remembers learning something at school and thinking when will I ever use this in the real world, but not even the most challenging of pupils could question the contents of the handbook, which is a truly invaluable tool and should remain a companion for life.

“If new drivers had studied and been tested on the Highway Code and motoring theory before they even got into a car for their first lesson, driving standards should steadily improve, which could reduce accident rates, help reverse rising insurance costs for young drivers and dispel negative stereotypes.”