How hanging an air freshener or fluffy dice from your mirror could cost you £1,000

An air freshener hanging from your rear-view mirror could be enough to land you with a £1,000 fine and 3 points on your licence, police are warning.

A new crackdown could deem anything from invasive sat navs, fluffy dice, stickers and dirty windscreens to be obstructing a driver’s view of the road. 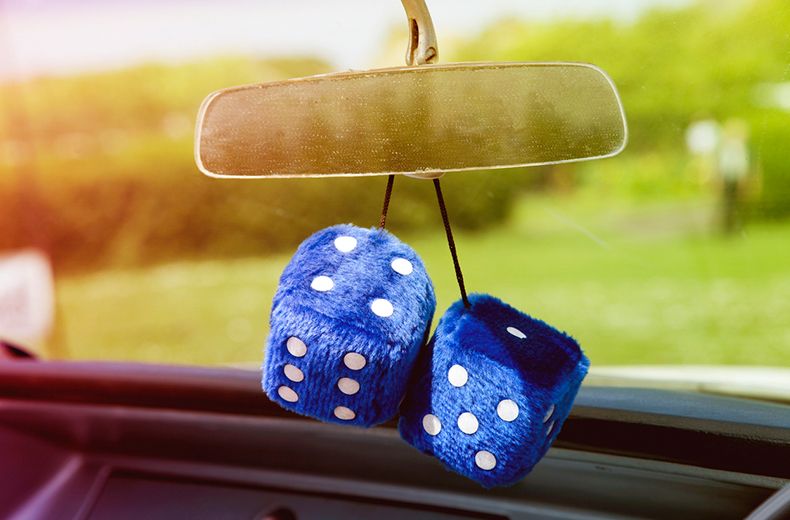 Even if the £100 on-the-spot fine is escaped, insurers may refuse to pay out if a driver is involved in an accident while driving with obstructed vision. If the case is taken to court, the fine can increase to £1,000 as well.

While not actually illegal to drive with dirty windscreens or large air fresheners, according to the Highway Code and the Road Traffic Act, drivers are breaking the law if their view of the road is obstructed in any way.

Road Traffic Law states that: “No person shall drive or cause or permit any other person to drive a motor vehicle on a road if he is in such a position that he cannot have proper control of the vehicle or have a full view of the road and traffic ahead.”

It is under this legislation that police have been clamping down on drivers whose vision of the road is obscured by objects placed on or around their windscreen.

The Highway Code states: “Windscreens and windows must be kept clean and free from obstructions to vision.” This means that even having a dirty windscreen might be cause for police to pull you over.

Rebecca Ashton, head of driver behaviour at IAM RoadSmart, said: “Anything hanging from the rear-view mirror or anything placed on the windscreen could restrict the driver’s view… things people use tend to vary from air fresheners and dice hanging from the mirror to fans, large sat-navs and even using the navigation on an iPad.

“Missing something because you had something obscuring your view could potentially be extremely dangerous, good driving involves exceptional observation skills, seeing things early allows you to anticipate and plan how you deal with hazards.”

It might seem a little extreme that an air freshener would be the main factor behind a fine, but if it contributes to a lack of vision which leads to a crash, you could well be charged.

Take the news from earlier this summer, for instance: a driver whose car was so messy that it caused a collision was shamed by police on social media.

If officers deem the inside of a car too messy to be controlled safely, they may issue a £60 fine for its “dangerous condition.” So as well as giving your interior a tidy, you might want to think twice before hanging that pair of fluffy dice from the mirror…