Project Endeavour arrives in Birmingham this week, with the UK’s second largest city hosting the next phase of autonomous vehicle trials on public roads. 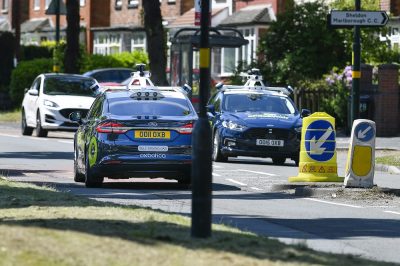 The trials offer the Project Endeavour partners the opportunity to refine local deployment approaches as well as understand and model the complex and busy road network in Birmingham.

Project Endeavour – a Government-backed mobility research project – is the UK’s first multi-city demonstration of autonomous vehicle services and capability. The Birmingham trials follow a successful deployment in Oxford and the project will culminate with a final demonstration at a showcase event in Greenwich in August 2021.

The Project Endeavour trial will feature four Ford Mondeo vehicles fitted with LiDAR, radar and stereo cameras and integrated with Oxbotica’s autonomy software platform. The fleet, capable of Level 4 autonomous driving, will operate in a five mile area around Lea Hall station, between Birmingham International Airport and the city centre. During the trials, a professionally-trained safety driver will be in the vehicle, capable of resuming control if necessary.

Trials will run throughout the day for several weeks, allowing Oxbotica’s autonomous vehicles to experience a range of traffic scenarios and weather conditions. The routes include roundabouts, traffic lights, and junctions in both industrial and residential areas – all providing their own individual scenarios and challenges for the autonomous vehicles to demonstrate capability. 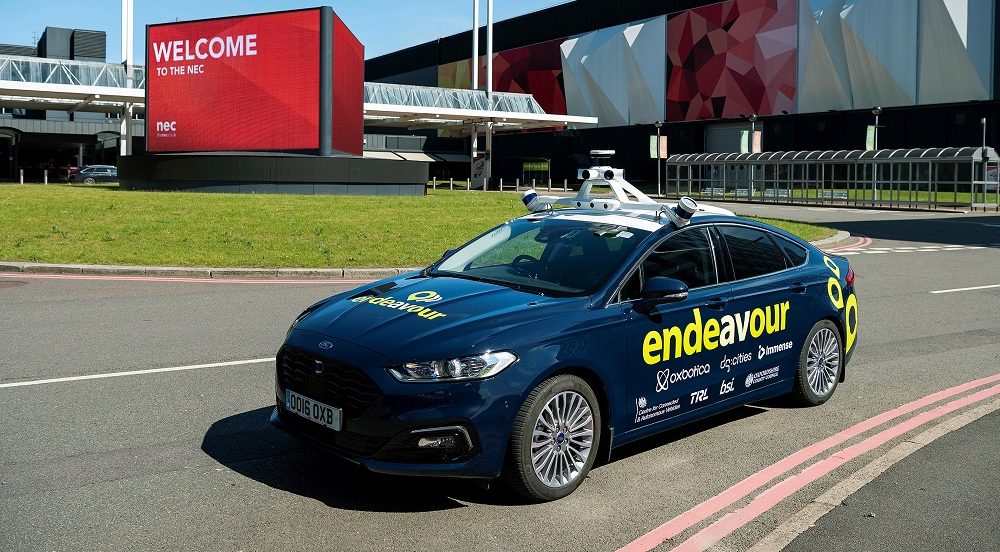 Launched in March 2019, the consortium project, part-funded by the Centre for Connected and Autonomous Vehicles (CCAV) and delivered in partnership with Innovate UK, is being led by Oxbotica, in collaboration with DG Cities, Immense, TRL, BSI, and Oxfordshire County Council.

It is designed to accelerate the deployment of autonomous vehicle services across the UK by creating a flexible, scalable model that will make the deployment process quicker, easier, and more efficient – while maintaining the highest safety standards.

Dr Graeme Smith, Senior Vice President at Oxbotica and Director of Project Endeavour, said: “Project Endeavour is a one-of-a-kind research project that is allowing us to learn about the challenges of deploying autonomous vehicles in multiple cities across the UK – a key part of being able to deploy services safely and at scale. This stage of the mobility project is a new step for us, as Birmingham hosts our fleet of autonomous vehicles for the first time in real-life environments, and there has been a huge amount of enthusiasm from the local authority in the UK’s second largest city ahead of the deployment. So far, Project Endeavour has been a real collaborative effort, bringing everyone into the discussion: from local authorities, to road safety groups, transport providers, and, most importantly, the general public.”

As part of the deployment, Birmingham City Council is keen to understand the impact that autonomous vehicle services could have on areas with limited connectivity, and how improving access to employment hubs could boost job opportunities and reduce private vehicle use.