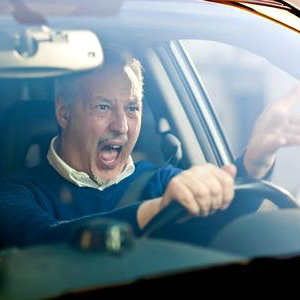 Its the first of February and for many people still on the “New Year – New Me” health kick it means the start of sugar-free-February. A whole month of no sugar…that’s going to make a lot of people cranky! Giving anything up is tough and can add to stress levels, so whether your new years resolution was to quit the cigs or cut down on booze or just try to be all round healthier, stay on the wagon and have a look at GEM’s top tips to stay calm on the road.

GEM road safety officer Neil Worth said: “Some drivers believe it’s acceptable to behave on the road in a way they would never dream of behaving in other areas of their lives. This is most likely because being in the car has the effect of dehumanising a situation of conflict.

“We tend to ignore the risk of possible consequences, either to ourselves or to other road users, so we allow our frustration and anger to be directed at those who get in our way or whose driving actions displease us.”

GEM has identified a few steps (taken from its ‘Courtesy on the Road’ leaflet) that will hopefully reduce the risk for a driver of being the target of someone else’s aggression:

3 Don’t push into traffic queues. If you wait and clearly signal, you won’t wait long before another drive lets you in. But they don’t like being forced into giving way.

4 Say thank you, say sorry, Courtesy encourages co-operation on the road. If you make a mistake or perhaps cut things a bit fine, then a gesture of apology avoids confrontation and helps defuse anger.

5 Move away from trouble. If you feel seriously threatened by another driver, then ensure your car doors locked and drive (at legal speed) to the nearest police station or busy area (petrol station forecourts are ideal). Use your mobile phone to alert the police. Pressing the horn repeatedly or continuously is likely to deter a potential attacker.

Neil Worth concludes: “It’s all about showing consideration, patience and tolerance. We all make mistakes from time to time.

“Remember also that some drivers will be out there looking for argument and conflict. They may take pleasure as a situation escalates – but no one has control over how it will finish, and that’s what makes any involvement potentially so dangerous.”