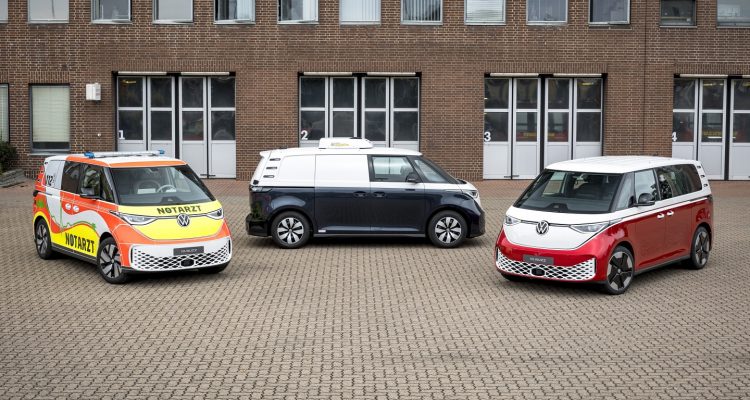 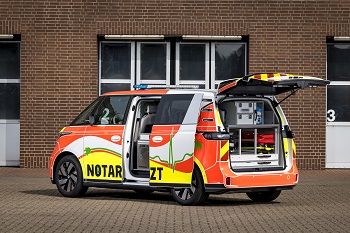 The selection of ID. Buzz world premieres, which included a refrigerated variant and a paramedic conversion, were joined in Hanover by a range of more than 30 new models, including a taxi version of the Multivan and mobile e-bike workshop Crafter conversion.

ID. Buzz Flex-Cab concept
Dutch specialists, Snoeks, has fitted out an ID. Buzz Cargo ready for passenger transport use. With five seats, the Flex-Cab concept turns the ID. Buzz Cargo into an electric version of the Caravelle. It features an electrically adjustable and configurable three-person bench seat in the rear. The air conditioning system can be adapted depending on whether there are passengers or goods in the rear, with the Flex-Cab suitable for use as a shuttle, taxi, community minibus or trades. 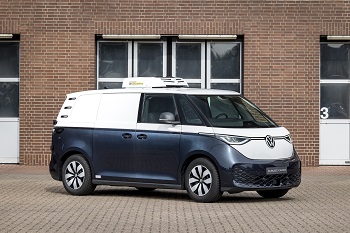 ID. Buzz paramedic’s vehicle
A near-production concept vehicle, produced by Bösenberg, converts the ID.Buzz into a paramedic van. There is room for three people, with the cargo space designed for use as a doctor’s workspace and storage for medical equipment. The concept has been achieved using a clever modular system that requires minimal changes to the base vehicle. The paramedic signals are also incorporated and run from a separate battery system. 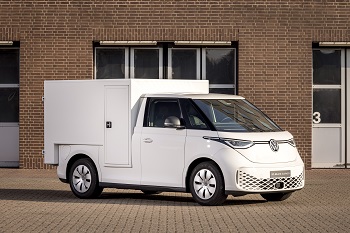 ID. Buzz Cargo with box body
A box superstructure has been added to the iconic ID. Buzz design by Veth Automotive, increasing the load capacity from 3.9m3 to 6.0m3 and enabling a payload of 680kg. The sides and back of the box can be fitted with conventional doors, sliding doors, or roll-up shutters, giving couriers flexibility in accessing packages. The inside of the box features a hard-wearing, non-slip floor.

ID. Buzz Cargo refrigerated vehicle
The ID. Buzz Cargo is cooler than ever with the refrigerated conversion by Wükaro. Designed specifically for last mile deliveries, the concept combines electric drive with an electric cooling system. The cooling system comprises a low-profile 230V cooling unit on the roof, with a flat ceiling evaporator, four lithium-ion batteries and an inverter. The batteries are housed within the wheel arches to save space and together supply up to eight hours of charge. The van can be pre-chilled when the ID. Buzz Cargo is connected to the mains. With a payload of 390kg, it is perfect for frozen food deliveries, restaurant takeaways or as an ice cream van. 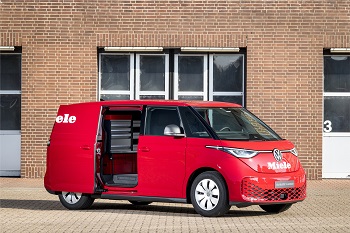 ID. Buzz Cargo as Miele ServiceVan
The final concept, with striking “paprika red” paintwork, is a collaboration between CS/Würth and Volkswagen Commercial Vehicles and created for Miele. The cargo space has been fitted out with a unique shelving system tailored to service technicians’ specifications for storing materials, spare parts and tools for the Miele customer service personnel. A centre console with integrated folding table serves as a workplace for the driver in the passenger compartment.